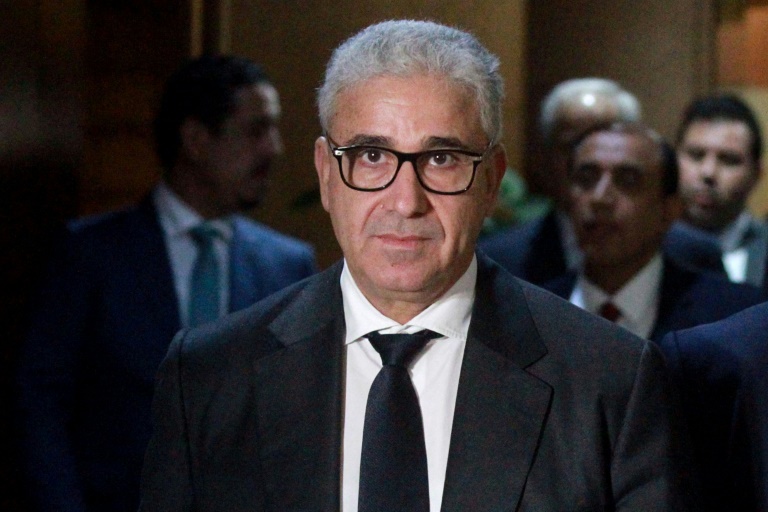 Libya found itself with two prime ministers Thursday, after its parliament named a rival to replace the existing unity government’s chief Abdulhamid Dbeibah, threatening a new power struggle in the war-torn nation.

The House of Representatives, based in Libya’s east, “unanimously approved Fathi Bashagha to head the government,” the parliament’s spokesman Abdullah Bliheg said in a tweet.

The move threatened to deepen the struggle for control between the assembly and the Tripoli-based administration of Dbeibah, while experts warned of potential violence in the capital in western Libya.

It came hours after Libyan media carried unconfirmed reports that Dbeibah’s car was targeted by gunfire overnight, without specifying whether he was inside the vehicle at the time.

The construction tycoon, appointed a year ago as part of United Nations-led peace efforts, has vowed only to hand power to a government that emerges from a democratic vote.

His administration had a mandate to lead the country to elections last December 24, but the polls were cancelled amid bitter divisions over their legal basis and the candidacies of several controversial figures.

Parliament speaker Aguila Saleh, who like Dbeibah and Bashagha had been a presidential candidate, has since spearheaded efforts to replace the unity government.

The assembly had considered seven candidates to lead the administration. But shortly before Thursday’s confirmation vote, Saleh had announced that Bashagha’s only remaining challenger, former interior ministry official Khaled al-Bibass, had withdrawn from the race.

In a televised address on Tuesday, Dbeibah had vowed he would “accept no new transitional phase or parallel authority” and declared he would only hand over power to an elected government.

Bashagha and Dbeibah, both from the powerful port city of Misrata, have the support of rival armed groups in the Libyan capital and the surroundings.

“Dbeibah is refusing to step down, so there is potential for some kind of conflict in Tripoli and beyond, and it could get ugly really fast,” Amanda Kadlec, a former member of the UN Panel of Experts on Libya, told AFP.

“Bashagha and Dbeibah both have deep connections across western Libya, and the militias will move with whomever they see as having power.

“The Tripoli militias might also take a wait-and-see approach,” she added. “Alliance-hopping is part of the playbook in Libya.”

The UN, western powers and even some members of parliament have called for Dbeibah to stay in his role until elections, for which a new date has not yet been set.

Peter Millett, a former UK ambassador to Libya, said the main division now was “between the Libyan people — who want elections — and the political elite, who don’t.”

“The motivation of many MPs is to hang on to jobs and privileges rather than allow for a smooth process leading to elections,” he told AFP.

“This seems like a decision taken to deprive the people of the right to vote by delaying elections even further and causing potential instability in Tripoli.”