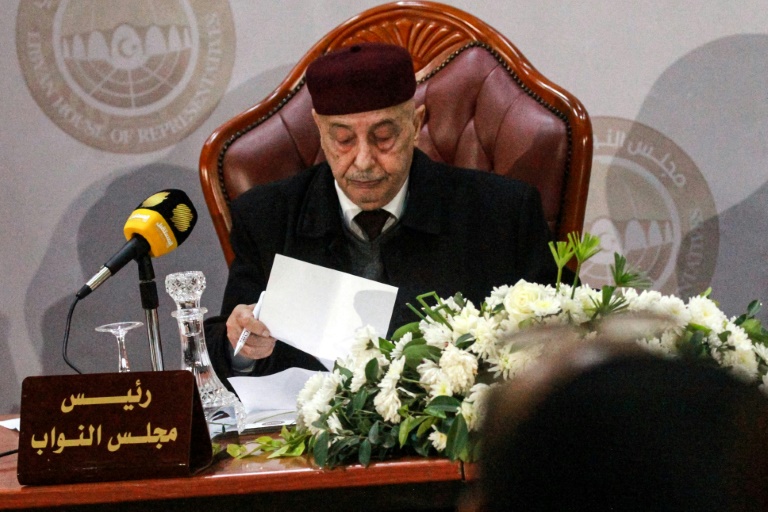 Dbeibah is a rival of parliamentary speaker Aguila Saleh, and the move comes a month after UN-sponsored presidential elections were delayed.

The ballot was intended to help move the North African country past a decade of chaos following the 2011 NATO-backed uprising that toppled dictator Moamer Kadhafi.

Saleh’s chamber, also known as the House of Representatives, is based in the eastern city of Tobruk while Dbeibah’s administration is western-based in Tripoli, reflecting the country’s deep divisions.

In a session with 120 MPs present, the parliament “approved the conditions to be met by candidates to head the next government”, spokesman Abdullah Bliheg said.

The assembly published a list of 13 criteria for hopefuls, including a commitment not to stand in future elections, having only Libyan nationality and receiving the backing of at least 25 parliamentarians.

The December 24 election was postponed following months of wrangling over its legal basis and who could stand.

Dbeibah’s rivals then claimed that his government’s mandate is over — although some MPs have said his administration should stay in place until new elections.

The United Nations has also called for a new date for the presidential ballot, rather than a government reshuffle.

Dbeibah, a tycoon, took office early last year as part of a process intended to help bring an end to the complex conflict that has ravaged Libya since Kadhafi’s overthrow.

He has repeatedly said he will only hand power to an elected government.

Saleh last week urged the committee responsible for overseeing elections to decide by the end of January on a “definitive” date for the delayed presidential and legislative polls.

That came a day after he called for a new interim government to be established in Tripoli, saying the current executive had outlived its mandate.