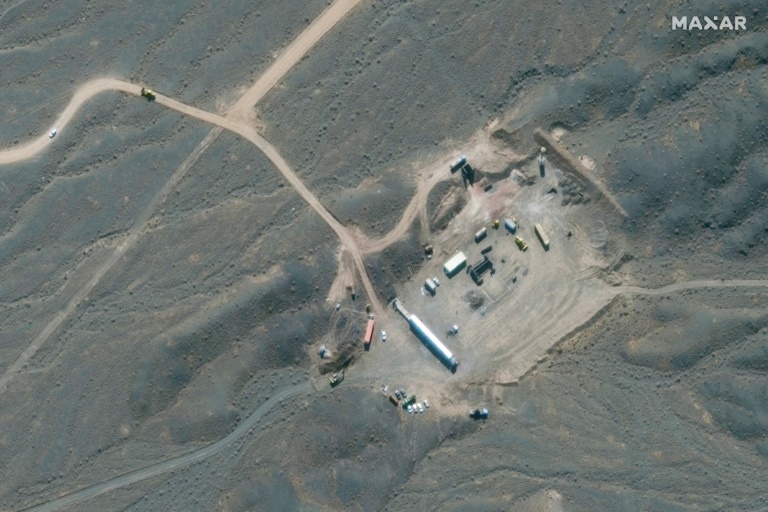 US national security adviser Jake Sullivan met Wednesday with Israel’s prime minister amid the Jewish state’s opposition to efforts to revive the 2015 Iran nuclear deal, before visiting the Palestinian leader for talks.

“The US and Israeli delegations held detailed consultations on Iran, with Mr. Sullivan underscoring the US administration’s determination to confront all aspects of the threat Iran poses to regional and international peace and security,” National Security Council Spokesperson Emily Horne said in a statement.

“He also reaffirmed the firm commitment of the United States to ensuring Iran never gets a nuclear weapon.”

Israeli Prime Minister Naftali Bennett’s government has called for a halt to international efforts to revive the accord that saw Iran agree to limits on its nuclear activities in exchange for sanctions relief.

Bennett has accused Iran of “nuclear blackmail” and charged that revenue it gained from sanctions relief would be used to acquire weapons to harm Israelis.

“What happens in Vienna has profound ramifications for the stability of the Middle East and the security of Israel for the upcoming years,” he told Sullivan, according to a statement.

Sullivan said his visit to Israel had come at “a critical juncture”.

“It’s important that we sit together and develop a common strategy, a common outlook, and find a way forward that fundamentally secures your country’s interests and mine,” Sullivan said, according to an Israeli government statement.

Negotiations to restore the pact known as the Joint Collective Plan of Action resumed in November.

Washington was a party to the original agreement, but withdrew under president Donald Trump in 2018.

Iran says it only wants to develop a civil nuclear programme, but Western powers say its stocks of enriched uranium could be used to develop a nuclear weapon.

Lead US Iran negotiator Rob Malley told CNN Tuesday that there are only “some weeks” left to revive the deal if Tehran continues its nuclear activities at the current pace.

Speaking Wednesday at a graduation ceremony for the Israeli Air Force, President Isaac Herzog alluded to that possibility.

“The Iranian nuclear threat must be neutralised once and for all, with or without an agreement,” Herzog said in remarks released by his office.

According to the readout of his meetings, Sullivan also praised Israel’s strengthening ties with new regional partners “and highlighted US support for the Abraham Accords”.

Sullivan said he discussed with the Palestinian leader “the resumption of significant levels of economic and development assistance”.

Under Trump, the US slashed aid to Palestinians, moved the US Embassy from Tel Aviv to Jerusalem and gave Israel broad licence to build in settlements in the occupied West Bank, illegal under international law.

The Palestinians cut off ties with the Trump administration, accusing it of pro-Israeli bias.

Abbas briefed Sullivan on “the need to end the Israeli occupation of the land of the State of Palestine, stop settlement activities, attacks and terror of settlers,” according to the official Wafa news agency.

Neither Abbas nor Sullivan mentioned publically the long-delayed US pledge to reopen a consulate in Jerusalem for Palestinian affairs after the Trump administration shut it down.

Sullivan’s office said he raised with the Israelis “the need to avoid steps that can inflame tensions on the ground and encouraged efforts… towards the goal of a two-state solution.”

In this article:Iran, Israel, nuclear deal with Iran