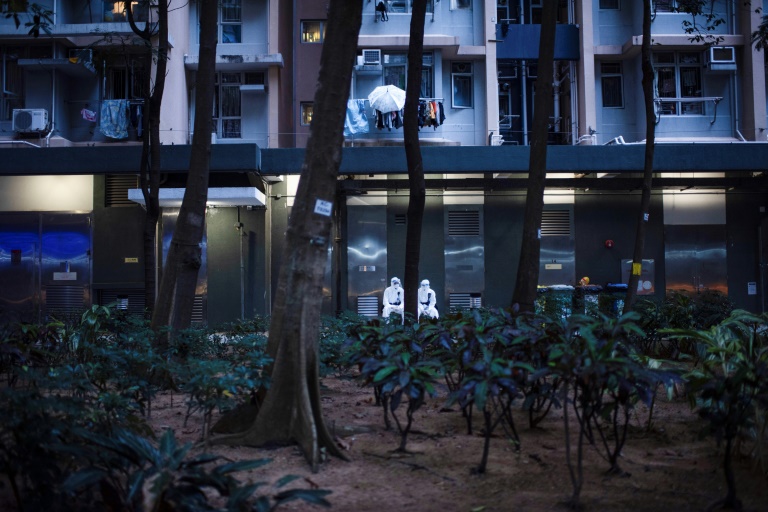 Hong Kong’s U-turn on its mandatory three-week quarantine for arrivals follows growing scrutiny of the strict policy after a coronavirus outbreak was traced to a woman infected during her hotel stay.

Like mainland China, Hong Kong is one of the few places left in the world still pursuing a zero-Covid strategy that has largely kept the virus at bay but left the finance hub internationally isolated.

On Thursday, city leader Carrie Lam announced the 21-day quarantine period that most arrivals faced — among the world’s longest — would be cut to two weeks because the increasingly dominant Omicron variant has a shorter incubation period.

The surprise move came after multiple recent outbreaks forced the reimposition of economically painful social-distancing measures and saw thousands of residents in one district confined to their homes.

One large cluster tore through densely crowded public housing blocks and was traced to a 43-year-old woman from Pakistan who was infected in one of the city’s 40 designated quarantine hotels during the latter stage of her stay.

Some Hong Kong health experts had been warning that the length of hotel quarantines could make people more vulnerable to cross-infections.

“The quarantine facilities in hotels are clearly failing travellers time and time again, and putting them at risk of catching Covid-19,” Siddharth Sridhar, a microbiologist at the University of Hong Kong, told AFP before Lam’s announcement.

Ben Cowling, an epidemiologist at HKU, had long argued that 21 days was without scientific merit and raised risks.

Multiple instances of hotel cross-infection had been recorded but spotted before people left quarantine.

Hong Kong’s government maintains its zero-Covid policy has strong support among locals, but there are signs public opinion is turning.

A survey by Hong Kong’s Democratic Party in January found 65 percent of residents supported “living with the virus”, up from 42 percent last November.

International businesses have sounded a growing alarm, warning of a talent drain and worsening recruiting issues as rival hubs are reopening.

But the government has so far given no indication of when, or even if, there will be a post-zero-Covid Hong Kong.

In a draft report obtained this week by Bloomberg News, the European Chamber of Commerce warned businesses that the city could remain internationally isolated until 2024.

“We anticipate an exodus of foreigners, probably the largest that Hong Kong has ever seen, and one of the largest in absolute terms from any city in the region,” the draft report said.

The Financial Times reported this week that Bank of America is the latest blue-chip firm to examine relocating staff to Singapore.

Since 2019’s huge and disruptive democracy protests, Hong Kong’s government has increasingly acted in lockstep with Beijing on an array of issues, from coronavirus policy to an ongoing crackdown on political dissent.

Lam has said reopening travel with the mainland must come before the rest of the world, even as China faces its own outbreaks and shows no sign of wanting to open to Hong Kong any time soon.

Hong Kong’s ability to live with Covid-19 has also been hampered by a woeful vaccination campaign.

And less than half of those aged 70 or above — the most vulnerable demographic — have been jabbed.

Hong Kong experts, including Sridhar and Cowling, agree that the city’s priority must be to vaccinate its elderly for it to have any chance to move away from zero-Covid policies.

But given the local government’s reluctance to stake out a path different from the mainland’s, there is scepticism within the business community that a higher vaccination rate would result in an international reopening unless China did the same.

In this article:China, Health, Hongkong, Virus