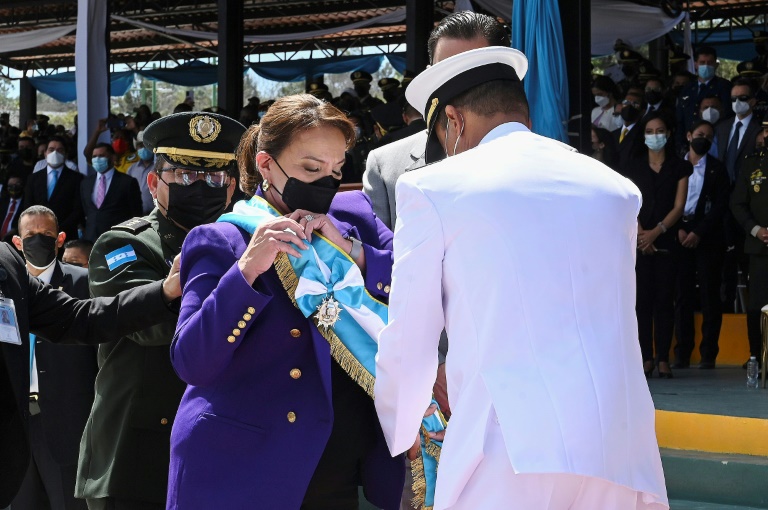 Honduras has repealed a controversial secrecy law in a bid to battle corruption following a late-night parliamentary session Tuesday.

The law, which classified public documents allegedly related to security and national defense, was approved in 2013 when ex-president Juan Orlando Hernandez — who is sought by the United States for alleged ties with drug-traffickers — was the parliamentary leader.

The measure was widely criticized for providing politicians with a way of hiding evidence of the improper use of public funds.

“Historic day for Honduras. The National Congress repealed the nefarious secrecy law by a majority of votes and took one more step in the fight against corruption and impunity,” the legislature said in a Twitter post.

“A law that sheltered those that committed brazen acts of corruption in Honduras has been repealed,” said Congress president Luis Redondo.

Parliament approved the Classification of Public Documents Related to Security and National Defense Law a year before Hernandez became president in 2014.

Although Honduras bans re-election, Hernandez served two terms from 2014 to 2022, during which time he was linked by US prosecutors to drug-trafficking.

Last month the US State Department added Hernandez to its Corrupt and Undemocratic Actors list.

His successor, President Xiomara Castro, who was sworn in at the end of January, pledged during her campaign to repeal the secrecy law in an effort to support investigations into the alleged improper use of public funds.

The leftist leader has also asked the United Nations to create a special commission to investigate corruption and impunity in the Central American country.

Last month, Hernandez surrendered to Honduran authorities after an arrest warrant was issued following a request by Washington that he be extradited.

The US accuses him of involvement in the importation of 500 tons of cocaine into the US since 2004.

His brother Juan Antonio “Tony” Hernandez was convicted in March 2021 by a New York court to life in prison for drug-trafficking.

The former president Hernandez is due to face an extradition hearing on March 16.

In this article:corrupcion, honduras, justicia, politica