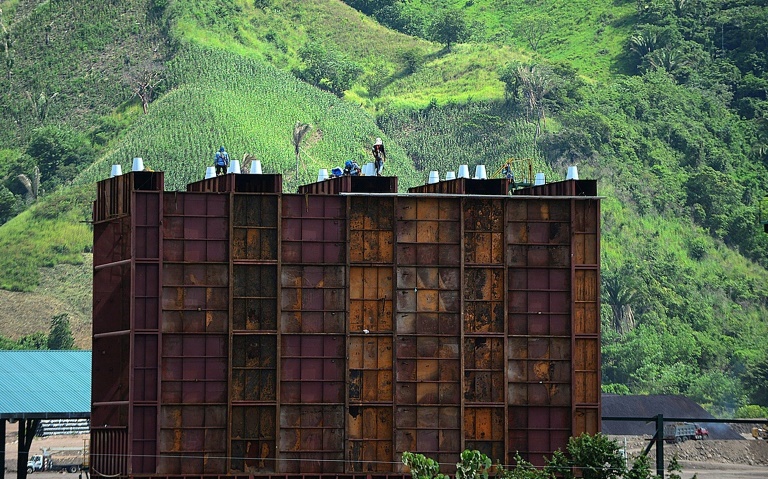 The government of newly elected Honduran President Xiomara Castro has banned open-pit mining, declaring it harmful to the environment and to people, and said it would scrap permits for such operations.

The move, announced Monday by the leftist leader, was met with joy by rights defenders and environmentalists but brought uncertainty to the industry.

“All Honduran territory is declared free of open-pit mining,” a statement from the Ministry for Mining and the Environment said.

“The approval of extractive exploitation permits is canceled because they… threaten natural resources and public health and limit access to water as a human right,” it added.

The statement did not specify whether this applied to new as well as existing permits for open-pit, or surface mining.

Taking office on January 27, Castro announced that banning open-pit mining was one of her priorities, along with fighting crime, poverty and corruption that she said was rife under her predecessor Juan Orlando Hernandez.

The ministry also vowed to intervene “immediately” to conserve areas of “high ecological value” and secure their benefit to the population.

The office of the UN High Commissioner for Human Rights in Honduras welcomed the ban in line with “the principle of climate justice and the protection of natural resources, public health and access to water as a human right.”

But Santos Gabino Carvajal of the National Association of Miners described the announcement as “ambiguous” and potentially in violation of mining legislation.

It “prohibits even the extraction of stone and sand for construction,” he said, adding the move would “kill the possibility of development.”

The association will seek talks with the government.

According to the Central Bank, Honduran mining exports amounted to $293 million in 2021.

Carvajal said that, if artisanal miners are included in the count, some 80,000 people would lose their jobs under the new measure.

Multinational Aura Minerals extracts gold at an open-pit mine in San Andres in the northwest of Honduras.

Last year, it was forced to suspend mining after saying its operations were “illegally interrupted” by individuals who, according to rights groups, were protesting damage to an indigenous cemetery.

Environmentalists have also been fighting against an iron oxide mine in Tocoa in the northeast which they accuse of damaging a forest reserve.

Eight people jailed in 2018 for protesting that project were released only this year.

Tocoa environmental committee member Juan Lopez told AFP the government’s announcement was “an encouragement” to communities that have been “pitted against the state and large companies because the government of Juan Orlando Hernandez was placed at the service of big companies.”

Hernandez is wanted on drug trafficking charges in the United States, which has requested his extradition.

Environmental lawyer Victor Fernandez said it was hoped the mining companies “will be brought to justice, that they will pay reparations to victims.”

The Fosdeh NGO in a recent report said mineral and hydrocarbon extraction and energy generation were “changing the geography” of Honduras.

It said that with pending mining concessions, the area earmarked for extraction could increase by 330 percent to cover more than 1,383,500 acres (560,000 hectares) or five percent of the national territory.

Elsewhere in Central America, El Salvador was the first country in the world to ban metal mining, in 2018, while Costa Rica banned open-pit mining in 2010.