By the removal of the dam, not only was territory belonging to the tribe restored but industrial pollution, including PCBs and heavy metals from General Motors, Alcoa, and Reynolds Metal plants nearby cleaned up. 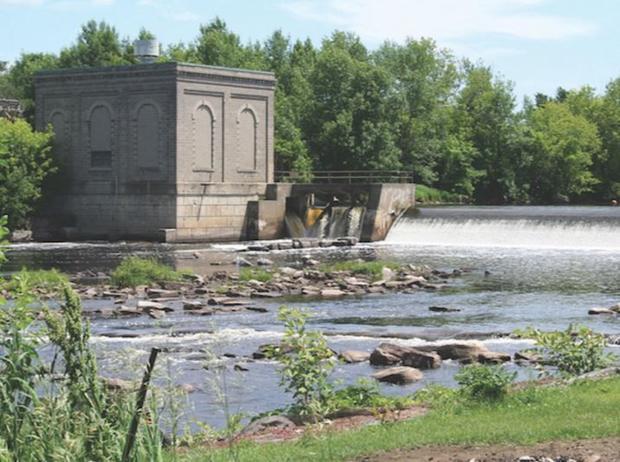 The Hogansburg Hydroelectric Dam was constructed in 1029. This is an image of the site before removal of the dam.
St. Regis Mohawk Tribe

The St. Regis Project is the first in New York and the first decommissioning of a federally licensed dam by a Native American tribe. When we look at the recent success of the Standing Rock Sioux tribe in North Dakota in trying to get an oil pipeline rerouted to protect their water supply, the dam removal brings home to all of us how important the health of tribal lands is, and perhaps, more importantly, how we need to protect our environment.

“We look at this not only as reclaiming the resources and our land but also taking back this scar on our landscape that’s a constant reminder of those days of exploitation,” said Tony David, water resources manager for the St. Regis Mohawk Reservation, which the Mohawks call Akwesasne.

Using a $19 million settlement from 2013 with GM, Alcoa, and Reynolds for pollution of tribal fishing and hunting grounds along the St. Lawrence River, the tribe will use the site as the focus of a cultural restoration program that will pair tribal elders with younger members of the tribe to restore the Mohawk language and pass on traditional practices such as fishing, hunting, basket weaving, horticulture and medicine, to name a few.

By 2010, the company decided it was going to have to spend an estimated $2.5 million to repair the dam’s turbine and keep the dam and powerhouse operational. Unwilling to spend anything on repairs because they were losing too much money on the operation of the dam, they decided not to renew the license with the Federal Energy Regulatory Commission (FERC) in 2015.

“Major facility upgrades are necessary to comply with modern environmental regulations, including fish passage upstream and down,” David said in a news release. With the disabled turbine, the dam was only operating at 50 percent capacity and the company was losing money every year. 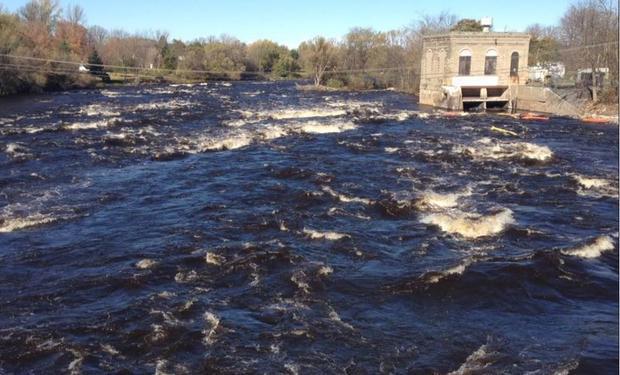 “The project simply became uneconomical,” he said, But the company couldn’t abandon the site without building a fish passage system, so they decided it would cost more to keep the site as is, rather than dismantle the dam. So the tribe petitioned the FERC to remove the dam and was granted permission in June 2016.

The tribe began lowering the water level at the site in July, and the rest is history. “Dam removal is predicted to benefit migratory fish species and other organisms that need stronger flowing water,” David said. “Walleye, in particular, will have access to additional upstream spawning habitat.”

Eric Sunday, an apprentice in the cultural restoration program, said, “We’re transforming it from a dangerous no-go zone to someplace that’s inviting and beautiful.” Then river will need time to recuperate and transform into its former self, a living, and healthy habitat.