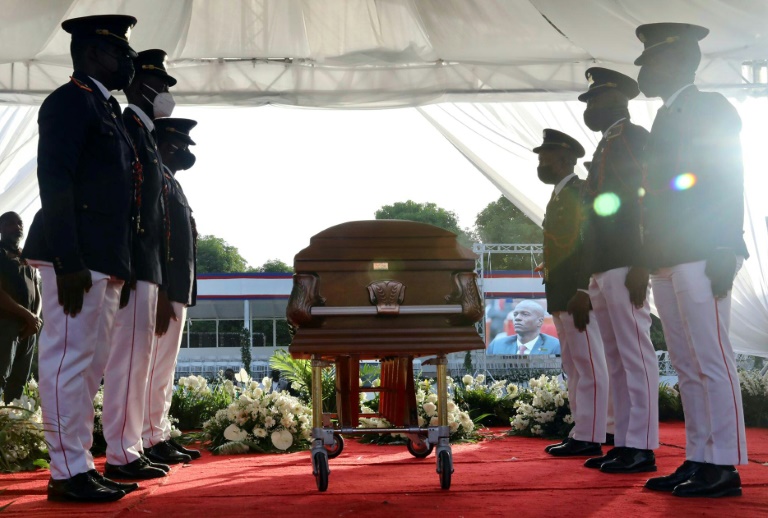 Haitian police said Monday they had arrested the head of Jovenel Moise’s security as part of the ongoing investigation into the president’s July 7 assassination.

Security chief Jean Laguel Civil is suspected of involvement in the plot to that saw Moise killed at his home in the middle of the night armed commandos who bypassed the president’s guards without firing a shot.

Civil had already been placed in solitary confinement at a prison in Delmas, near Port-au-Prince.

“I can confirm that Jean Laguel Civil was arrested Monday by police as part of the investigation into the assassination of president Jovenel Moise,” police spokeswoman Marie Michelle Verrier told AFP.

Police on Monday also issued a warrant for Wendell Coq Thelot, a judge for the highest court in the country who had been fired by Moise.

Police have arrested some 20 Colombian mercenaries as part of the plot they say was organized by a group of Haitians with foreign ties.