John Heisler, 46, first attempted to break in through a window of the home where Jolene Andrews, 37, lived with her son and daughter, said the Pinellas County Sheriff’s Office in a news release, WFLA reports. 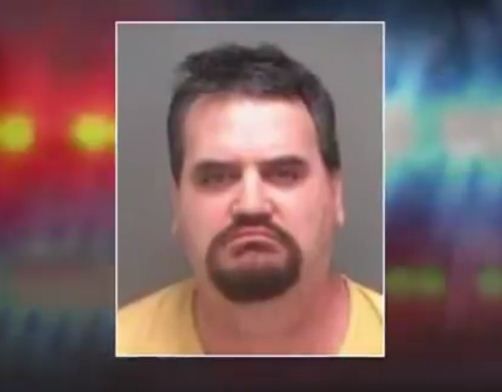 Andrews and her boyfriend, Alton Pyles, 47, went outside after hearing a loud crashing noise and encountered Heisler, who was dressed in black tactical gear, including a ski mask and thigh holsters.

Andrews and Pyles ran back into the house after Heisler pointed a gun at them, but he followed and forced his way inside, the news release reported. Then, authorities say, he grabbed Andrews by the upper body and tried to force her to the ground. Pyles called for help and woke up Malachi Heisler, 18, who came out of his bedroom bearing a gun.

“I woke up to my name being called, okay. I heard the words, ‘Malachi’ and ‘Help.’ That’s all I heard when I woke up,” Heisler said, according to KFOR. 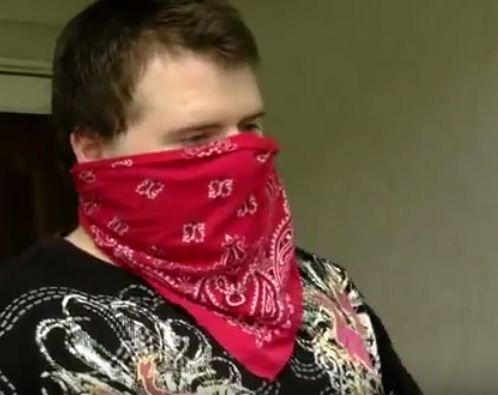 He covered his face with a bandanna while he talked to reporters.

He says he could see a masked intruder holding his mom at gunpoint.

“He pointed it at my mother first, and then when I came out of the room, he pointed it at me,” Heisler said. “He had his pistol and I had my rifle. It doesn’t matter, a bullet is a bullet. One shot, you’re dead.”

Heisler noted he only had seconds to figure out what to do. He also didn’t know who the man was until he fired his rifle.

Then he recognized his father by tattoos and physical characteristics.

“Think of it as a SWAT get up, you see what SWAT members wear. Think that, except without a helmet, it was a ski mask,” Heisler said, describing what his father was wearing, WFLA reports.

Detectives determined it was a justifiable homicide.

“In fear for his life, Malachi Heisler fired his weapon striking (John) Heisler in the upper body,” the news release reported.

Andrews got a restraining order against John Heisler after he was arrested earlier this year and charged with possession of firearms, PalmBeachPost.com reports, per WFLA.

Heisler also said his mother got a restraining order against his father after he was arrested and charged with possession of firearms in April 2015, News Channel 8 reports.

“I had a feeling that something like this would happen but I didn’t know when,” Heisler said. He is convinced his father was there to kill him.

“He wanted to scare us first and then kill us while we were afraid,” Heisler said. “he wasn’t a good dad, no f***ing father of the year awards.”

John Heisler was pronounced dead at the scene, and no charges were filed.