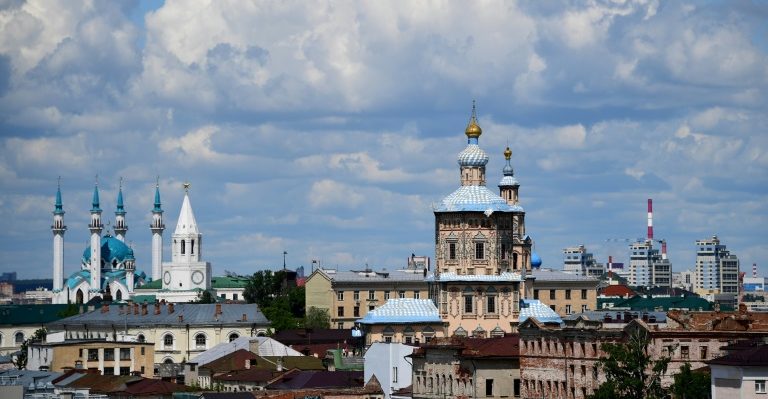 A dispute has erupted at the UN cultural agency over Russia’s hosting of its World Heritage Committee in just two months, which Western nations say they will boycott over the invasion of Ukraine.

Russia is due to host the annual meeting of UNESCO’s World Heritage Committee in the city of Kazan in its Tatarstan region from June 19-30.

The meeting is notably tasked each year with deciding which sites and monuments will be given the organisation’s coveted World Heritage status — and which could be stripped of the label if countries have fallen short on looking after them.

The meeting is one of the few international events that Russia is still scheduled to host after President Vladimir Putin’s invasion of Ukraine, which according to UNESCO has caused damage to almost 100 cultural sites.

But in a sign of the West’s difficulties in building a broad international coalition against Moscow, the campaign to strip Kazan of its right to host the event is proving an uphill battle.

Just a week before official invitations are set out, the mainly Western nations opposing Russia’s right to host the event are racing against the clock to try to convince the committee to find another venue and strip Russia of its presidency of the group.

“It’s complicated,” an ambassador of a Western nation who asked to remain anonymous told AFP in Paris, referring to the reluctance of some countries to isolate Russia at an institution that traditionally encourages dialogue in the face of crises.

It was decided in July 2021 to award the meeting to Kazan, the cultural centre of Russia’s Turkic Tatar minority that has long billed itself as a meeting point between different cultures and religions.

British Culture Minister Nadine Dorries said in March that it was “inconceivable” Russia should host the meeting, and that Britain would not attend if it did.

Ukraine’s Culture Minister Oleksandr Tkachenko echoed her call, saying Russia’s goal is to “destroy Ukraine” and suggesting the session should be moved to the western Ukrainian city of Lviv.

On April 8, 46 states led by Britain wrote a letter to all members of the World Heritage Committee saying they “would not attend a meeting of the Committee either in Russia or under Russian presidency.”

It said such a meeting is “impossible” while Russia is destroying “outstanding universal value” in Ukraine.

UNESCO has said dozens of sites and monuments in Ukraine have been damaged in the Russian invasion.

“The credibility of UNESCO and the 1972 Convention concerning the Protection of the World’s Cultural and Natural Heritage is at stake,” said the letter, signed by Britain’s ambassador to UNESCO Laura Davies on behalf of the 46 countries.

Since then, intense behind the scenes discussions have been taking place to find an agreement.

“In non-Western countries, there is certainly disapproval of Russian aggression in Ukraine, but this disapproval does not amount to condemnation and even less a desire to break with Russia or isolate it,” said Michel Duclos, a former French ambassador to Syria and special advisor to the Institut Montaigne think-tank in Paris.

UNESCO is at pains to emphasise that the decision on the meeting is not taken by UNESCO’s leaders but by the members of the World Heritage Committee.

The 21 countries that make up the World Heritage Committee and to whom the UK letter was addressed include Argentina, India and Saudi Arabia.

Two-thirds of the members must agree to hold an extraordinary meeting on the issue, where a decision on the Kazan meeting could be decided by consensus or majority vote.

But while London should have no problem in persuading the European members of the committee — Italy, Belgium, Bulgaria and Greece — to come on board, it is another matter for states like India.

“Several countries on the committee have already given us their support,” said a source close to the campaign, who asked not to be named, insisting on the “disastrous” image of a meeting in Kazan if it went ahead even while boycotted by a quarter of UNESCO members states.

In the absence of consensus, one option could be to postpone the session for several months –- a scenario excluded in the letter by the signatory countries –- or to host the meeting in a neutral place, such as the UNESCO headquarters in Paris.