In April this year, over 2,500 homes were damaged with over 2,100 people cut off due to washed-out roads or landslides, caused by record-breaking flooding for the second time in less than three years.

In the City of Gatineau – just across the river from Canada’s capital city of Ottawa, many residents will not be able to sell their home and the government won’t let them rebuild. This last bout of severe flooding has forced the government to tell people who lost more than 50 percent of the value of their home to just leave, according to EcoWatch.

Canada is doing something that is very different from the way the United States handles repeated rebuilding in flood zones. In the U.S., the government just hands out the funds to replace your house right in the same spot it was when it was damaged.

However, as Digital Journal reported in May, the average cost of damage from severe weather stood at $400 million in Canada per year in 2017, and that figure is up from $100 million a year in 2009. 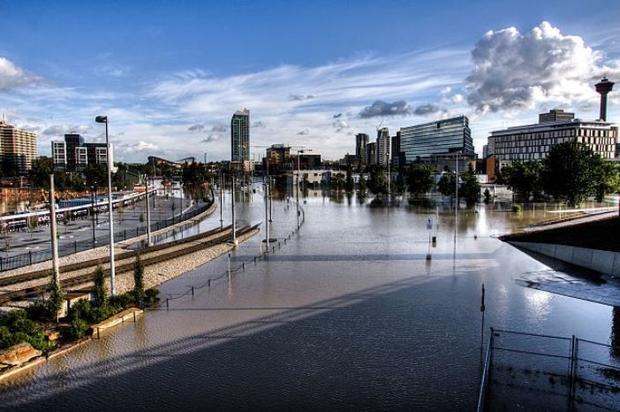 Canada’s new plan is a response to the escalating costs of the climate crisis, and it has already resulted in a complex mix of relief, anger, and loss as entire neighborhoods are removed, house by house.

“Canadians are stubbornly beginning to reconsider the wisdom of building near flood-prone areas,” said Jason Thistlethwaite, a professor of environment and business at the University of Waterloo in Ontario. “It’s taking government action to obligate people to make better decisions.”

“I lived through it … two years ago. I’m living it through it now. I don’t want to go through this again,” said Louise David in May, who put $47,000 worth of work into her home after the 2017 floods, as CBC Canada reported.

After this year’s floods, in a new provincial program, the Quebec government is offering up to $100,000 to homeowners for flood damage compensation or a $200,000 buyout for them to move outside flood areas. The province will also compensate residents an extra $50,000 for the land around their homes, said Mathieu Lévesque, the MNA for Chapleau.

Anyone that chooses money to repair their home won’t be eligible for future renovation compensation, he said, though they could be eligible for the buyout if another flood occurs. 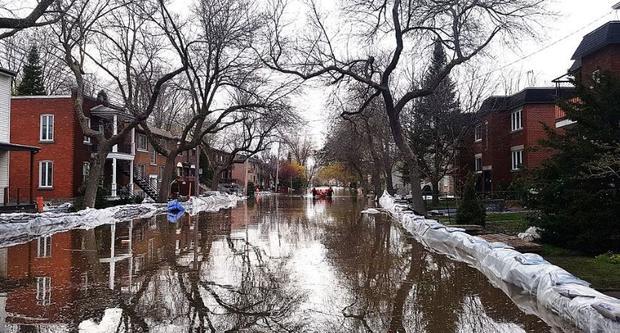 The cost of climate change is soaring
In a typical year, U.S. taxpayer spending on the federal disaster relief fund is almost 10 times higher than it was three decades ago, even after adjusting for inflation, based on an analysis of federal data. The surge in disaster spending in the U.S. and Canada reflects the changes caused by global warming as well as the continued population growth in flood-prone areas.

Hurricane Dorian struck the Bahamas as a Category 5 tropical cyclone and then moved on to become the third hurricane to strike North Carolina in four years. Ocracoke Island in the Outer Banks was hit this time, just as the island was hit by one of the earlier storms. And people will just rebuild, and rebuild again.

But Canada is behaving differently, yet responsibly. “What everybody would like is for the problem to not exist. But it does,” said David Foster, spokesman for the Canadian Home Builders’ Association, according to the New York Timers.

The Canadian Home Builders’ Association supports the steps that officials in Canada are taking. “We expect the government will behave maturely, and sometimes that means taking an approach that is difficult but wise.”