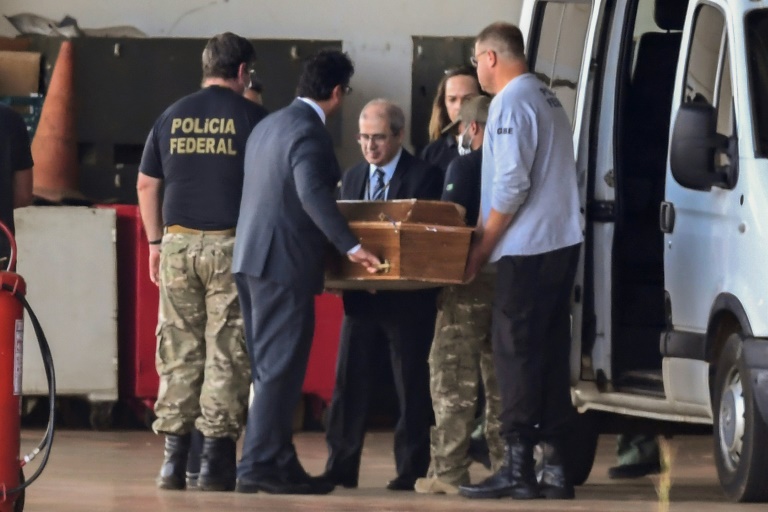 The bodies of British journalist Dom Phillips and indigenous expert Bruno Pereira were handed over to their families Thursday, nearly two and half weeks after they were killed in Brazil’s Amazon.

Phillips, 57, and Pereira, 41, were shot while returning from an expedition in the Javari Valley, a remote region of the rainforest.

Pereira’s funeral is scheduled for Friday in Recife, while Phillips’s family will hold a wake and cremation on Sunday in Niteroi, near Rio de Janeiro.

Alessandra Sampaio, Phillips’s widow, released a photograph of herself holding his wedding ring, which police had found next to his body.

Also on Thursday, a fourth suspect turned himself in at a police station in Sao Paulo, telling officers he drove the boat that chased the two men, according to excerpts of his statement published by several Brazilian news outlets.

Gabriel Dantas, 26, said that he was asked by the first suspect arrested, Amarildo Oliveira, to drive a boat without knowing where they were going or the reason for the trip.

When they reached the boat carrying Phillips and Pereira, Oliveira “shot them with a 16-gauge rifle,” Dantas said.

After witnessing the two men’s murder, he then allegedly helped transport their bodies to the place where they were buried, with the help of other men.

On Monday, Federal Police said they had identified five other people who took part in hiding the bodies, while three suspects were arrested.

Phillips, the author of dozens of articles on the Amazon and a long-time contributor to The Guardian newspaper and other major news organizations, was traveling to the Javari Valley as part of research for an upcoming book.

Pereira was serving as his guide, and had previously traveled with him in 2018 to the area, which is plagued by drug trafficking, and illegal gold mining and fishing.