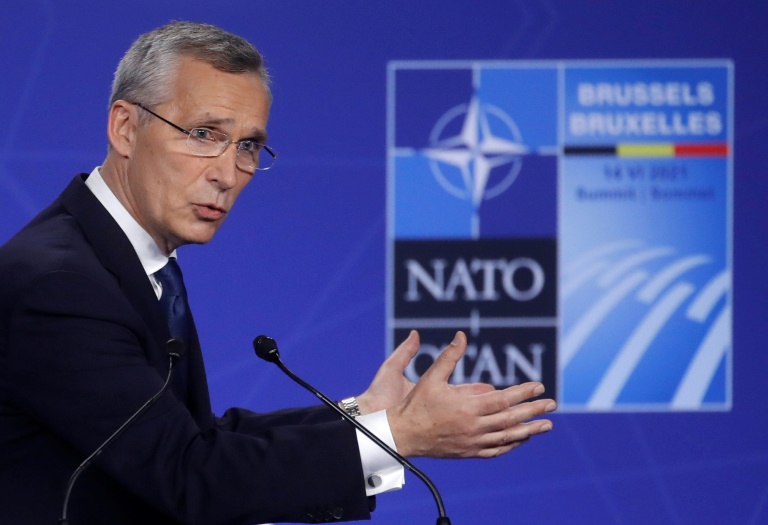 NATO leaders vowed Monday to work together against the ‘systemic challenge’ posed by China’s aggressive policies and put Russia on notice about its flouting of international law.

As US President Joe Biden renewed Washington’s Transatlantic ties at his first summit with the Western allies, the leaders issued a broad statement of intent.

China’s increasingly assertive actions in building a nuclear arsenal along with space and cyber warfare capabilities threatens the international order, they said.

But, in a nod to Washington’s growing concern, he warned: “China’s growing influence and international policies present challenges to Alliance security.

In the summit communique, the leaders warned Russia’s President Vladimir Putin, whom Biden will meet on Wednesday in Geneva, that there will be no quick return to “business as usual”.

Russia’s military build-up and provocative behaviour on NATO’s eastern frontier “increasingly threaten the security of the Euro-Atlantic area and contribute to instability along NATO borders and beyond”.

The allies reiterated their support for the territorial integrity of Georgia, Moldova and Ukraine, demanding that Moscow “withdraw the forces it has stationed in all three countries without their consent”.

Stoltenberg hailed what he said was Biden’s strong commitment to NATO — an implicit contrast to the difficult ties under the previous US president, Donald Trump.

Arriving at NATO headquarters in Brussels for a summit with his 29 counterparts, Biden stressed that the alliance was “critically important” to US security.

“I think that there is a growing recognition over the last couple of years that we have new challenges,” Biden told Stoltenberg at bilateral talks just ahead of the main summit.

“We have Russia that is not acting in a way that is consistent with what we had hoped, as well as China,” he said.

“I want to make it clear: NATO is critically important for US interests in and of itself. If there weren’t one, we’d have to invent it,” he said.

And he stressed once again that Article 5 of the NATO treaty — the obligation of members to defend one another, once called into question by Trump — was a “sacred obligation”.

“We’re not entering a new Cold War and China is not our adversary, not our enemy,” Stoltenberg told reporters as he arrived at NATO headquarters ahead of the leaders.

Looming large at the summit is also the scramble to complete NATO’s hasty withdrawal from Afghanistan after Biden surprised partners by ordering US troops home by September 11.

France’s President Emmanuel Macron met one-on-one with his Turkish counterpart and fellow ally Recep Tayyip Erdogan ahead of the summit, and Biden was due to meet him later.

On the table will be Ankara’s offer to secure Kabul airport after NATO troops leave — but also concerns in other capitals about Turkey’s own aggressive regional policy.

The final statement did not mention Turkey’s role at the airport, but did stress that the alliance would continue to pay to keep the facility open.

Some allies are concerned about the rush to leave Afghanistan and some had questioned the strategy of an alliance that Macron warned in 2019 was undergoing “brain death”.

Other leaders arriving for the talks dismissed this phrase, but European leaders stressed that they did not want to be drawn into a US confrontation with China at the cost of focusing on Russia.

The summit at NATO’s cavernous Brussels headquarters is set to greenlight a 2030 reform programme.

The leaders will agree to rewrite the core “strategic concept” to face a world where cyber attacks, climate change, and new technologies pose new threats.

Moscow’s 2014 seizure of Crimea from Ukraine gave renewed purpose to NATO and fellow leaders were keen to sound Biden out ahead of his Wednesday meeting with Putin.

On China, Biden is picking up from where Trump left off by getting NATO to start paying attention to Beijing and he is pushing for the alliance to take a tougher line.

In this article:Biden, China, nato, Russia