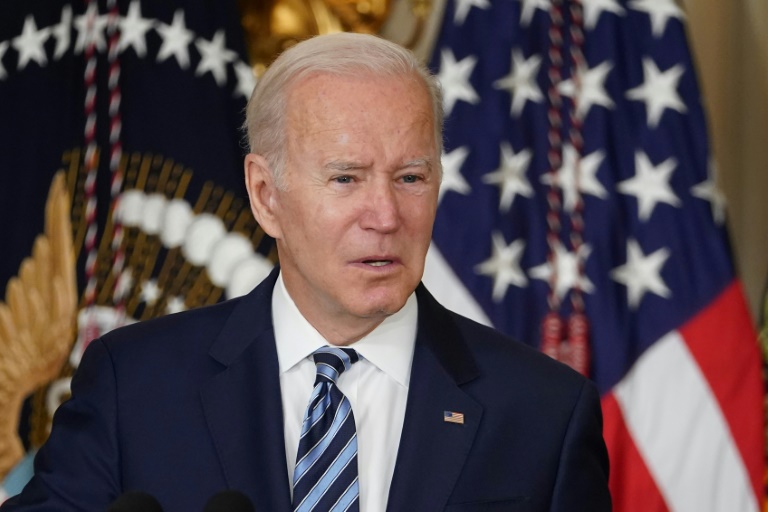 US lawmakers elevated President Joe Biden’s giant social welfare bill to the Senate on Friday, in a major step toward realizing his vision for the more equitable, greener society that he hopes will be his legacy.

Build Back Better — an assortment of education, health, childcare and climate reforms — was green-lit by the House of Representatives days after Biden signed into law the first part of his economic blueprint, a sweeping upgrade of the country’s crumbling infrastructure.

The $1.8 trillion measure faces a bumpy, weeks-long ride in the Senate, with the Democrats’ deficit hawks wary of freewheeling spending amid spiraling inflation, before it gets a final rubber stamp in the House.

Speaker Nancy Pelosi had hoped for a vote late Thursday but Minority Leader Kevin McCarthy commandeered the floor for a record-breaking eight and a half hours in a bid to derail the bill.

Democrats rushed to the well of the House to clap and cheer as Pelosi was finally able to announce it had cleared the lower chamber a day later than expected.

The White House released a statement from the president, who was undergoing a medical check-up requiring anaesthetic, calling the vote “another giant step forward in carrying out my economic plan to create jobs, reduce costs, make our country more competitive.”

The legislation would provide millions of jobs, according to the White House, although Republicans have characterized it as an example of wildly out-of-control Democratic spending.

That warning was echoed by the US Chamber of Commerce, which pointed to rising gas and food prices, supply chain challenges and worker shortages, saying the shopping spree would “only make things worse.”

The legislation will likely be trimmed further in any case in the upper chamber, where Democrats have the narrowest of majorities and moderates are voicing concerns over Biden’s spending plans.

Annual inflation jumped to 6.2 percent last month, giving Republicans another cudgel to bash Biden with as they bid to retake both chambers of Congress in next year’s midterm elections.

House Democrats, who have been bickering for months over the price tag of Build Back Better, would have lost the party-line vote had there been more than three defectors.

In the end only one Democrat — from a competitive district in Maine — joined every Republican in rejecting the bill.

Republicans seized on an analysis from the independent Congressional Budget Office saying the bill would boost the deficit by $367 billion over 10 years.

But Treasury Secretary Janet Yellen said Friday it was “more than fully paid for,” and that tougher tax enforcement would help reduce the deficit as the government compelled large corporations and top earners to “pay their fair share.”

The bill is likely to be taken up by the upper chamber in late December or possibly January, with more urgent priorities such as avoiding a debt default and a government shutdown expected to take up much of the holiday period.

Pelosi downplayed the potential for senators making major changes, telling reporters after the vote that 90 percent of the text had been agreed among Democrats in Congress and the White House.

“There were some differences at the end, and we’ll deal with that as we go forward,” she said.

The Senate has been locked in a 50-50 split for one of the longest periods in its history, and, with no votes to spare, every Democrat effectively has a veto on any bill as long as Republicans stick together.

Senate progressives are pushing for a national paid family leave program and a bigger expansion of health care benefits, but the latest inflation data could torpedo those efforts.

The United States is the world’s only advanced economy that offers no paid time off to new parents. Biden’s spokeswoman Jen Psaki said the president “absolutely” wanted to see the provision in the final text.

“He also knows and recognizes that you need the majority of members in the Senate — every single Democrat — to support something, to get it across the finish line,” she told reporters.

Nebraska’s Ben Sasse led a chorus of opprobrium from Senate Republicans over the legislation, labeling it a “craptacular mess” that will lead to “a million more annual IRS (tax) audits.”