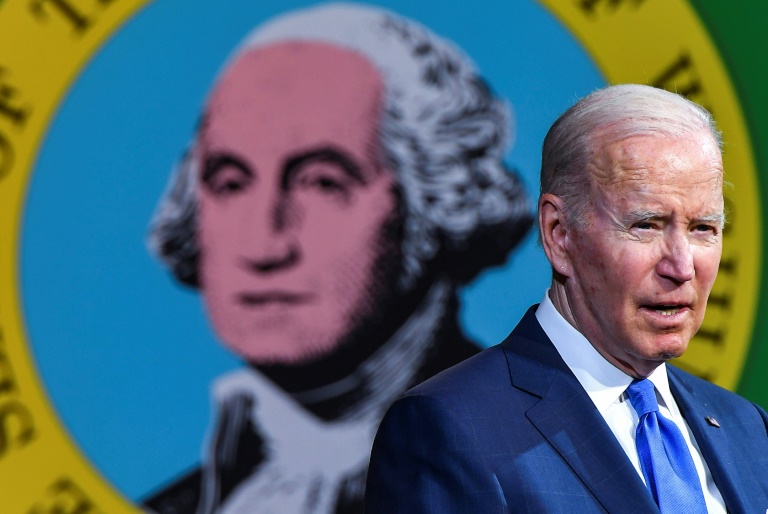 US President Joe Biden used Sunday’s occasion of Armenian remembrance day to describe past mass atrocities by Ottomans as genocide, repeating his controversial description from a year ago when he ended decades of American equivocation.

The categorization infuriates Turkey, which refuses to recognise the 1915-16 killings of more than a million Armenians as genocide.

But Biden, who earlier this month said Russia’s atrocities committed during its invasion of Ukraine amounted to genocide, again used the precise term to describe the massacres of Armenians during World War I.

“On April 24, 1915, Ottoman authorities arrested Armenian intellectuals and community leaders in Constantinople. Thus began the Armenian genocide — one of the worst mass atrocities of the 20th century,” the president said in a statement.

“Today, we remember the one and a half million Armenians who were deported, massacred, or marched to their deaths in a campaign of extermination, and mourn the tragic loss of so many lives.”

Biden said people should remain “vigilant against the corrosive influence of hate in all forms,” and urged Americans to “recommit ourselves to speaking out and stopping atrocities that leave lasting scars on the world.”

As many as 1.5 million Armenians are estimated to have been killed from 1915 to 1917 during the waning days of the Ottoman Empire, which suspected the Christian minority of conspiring with adversary Russia in World War I.

Armenian populations were rounded up and deported into the desert of Syria on death marches in which many were shot, poisoned or fell victim to disease, according to accounts at the time by foreign diplomats.

Turkey, which emerged as a secular republic from the ashes of the Ottoman Empire, acknowledges that 300,000 Armenians may have died but strongly rejects that it was genocide.

Biden infuriated Ankara one year ago when he became the first sitting US president to describe the massacres as genocide. He had informed Turkish leader Recep Tayyip Erdogan of the decision the day before, in a move seeking to limit fury from the NATO ally.

Erdogan in the aftermath denounced the genocide recognition as “groundless” and “destructive,” and warned Washington could lose a friend in a key region.

The strained relations gradually steadied, with the two leaders meeting last June and Erdogan hailing a “new era” of constructive ties with Washington.

They spoke last month about Turkey’s mediation over the Russia-Ukraine war.

In this article:armenia, Diplomacy, Genocide, Turkey, US