Damin Pashilk, 40, of Clearlake was scheduled to be arraigned Wednesday on 17 counts of arson in Lake County Superior Court in Lakeport.

He is being held in lieu of $5 million bail, according to the San Francisco Chronicle newspaper.

Pashlik, a longtime resident of Lake and Napa counties, faces charges in connection with the devastating Clayton fire, which destroyed downtown Lower Lake, and possibly other smaller blazes that have plagued heavily wooded Lake County in 2015 and 2016, California’s fourth and fifth years of inadequate rainfall.

The state Department of Forestry and Fire Protection or CalFire, which is leading the investigation of the Clayton blaze, has been aware of Pashlik for the past year but didn’t have enough evidence to arrest him until the latest conflagration, officials told the newspaper. 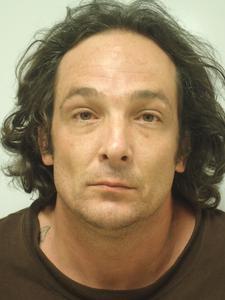 The Clayton fire, still burning over 4,000 acres at the south end of Clear Lake, swept through downtown Lower Lake on Sunday, destroying more than 175 homes and businesses.

Containment of the blaze was up to 35 percent Tuesday night, the newspaper said.

“Our investigation will continue to run through additional fires that we had in this area,” said Daniel Berlant, a spokesman for Cal Fire.

“With any arsonist it’s very difficult to understand why — All we know is, this is behavior we do not tolerate,” Berlant said.

Pashlik declined to be interviewed, the newspaper said.

Pashlik had served as an inmate firefighter for several months in 2007 while in prison on drug and firearms charges, state officials said.

The firefighter job is coveted by inmates because it teaches them a skill and gets them away from prison, and is only offered only to those not considered dangerous, the newspaper said.

Officials have declined to offer any details about why they suspected Pashlik, and what fires they believe he may have had a role in.

“As far as whether he had a particular motive, I can’t say,” said Richard Hinchcliff, the county’s chief deputy district attorney.

“Some have psychological issues, others have financial reasons — they get work when they set fires,” he said.

But Pashlik was no longer working as a firefighter and his occupation was listed as “construction” on a county arrest report.

Friends and neighbors of the suspect said Pashlik was doing odd jobs and living in a trailer in a residential part of Clearlake, several miles north of Lower Lake.

“They say they have a bunch of evidence, but I’m having a hard time believing it,” said one of his neighbor, Eric DeLarson.

“Sometimes he gets a little intimidating, but I’ve never heard of anything like this,” DeLarson said.

Matthew Williams, a longtime friend, said he didn’t think Pashilk would deliberately hurt anyone and, on the day the Clayton fire started, stopped by his place in Lower Lake to make sure Williams was OK.

“I’m in shock that they have him over there in jail right now,” Williams said.

CalFire spokeswoman Janet Upton said Pashlik had been under investigation for so long because of the nature of arson cases.

“They can cost hundreds of thousands of dollars for logistical support, personnel and specialized equipment,” she said.

Cal Fire officials declined to say what other fires they suspect Pashlik of being involved in, but ruled out last year’s two most destructive blazes, the Valley fire and Rocky fire.