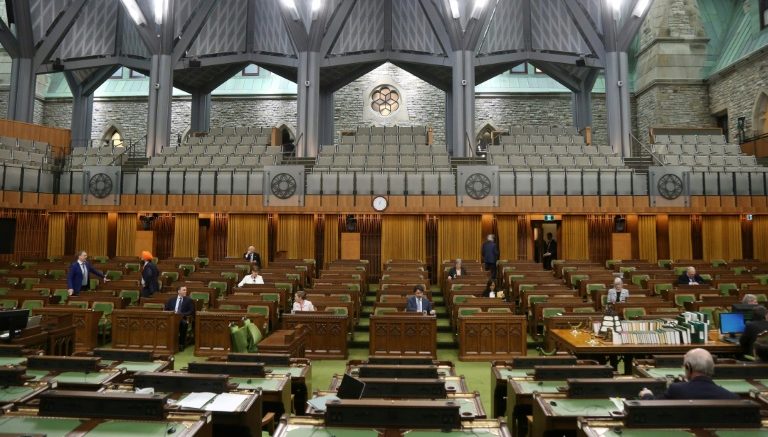 Canada’s ruling Liberals questioned on Monday whether rival Conservatives – the largest opposition party – were being honest about the vaccination status of its lawmakers as parliament reconvened after the September election.

Conservative leader, Erin O’Toole, whose party finished second in seats in the Sept. 20 election, has been unable to persuade many of the members of his caucus to get vaccinated against COVID-19, and this means those members will not be allowed into the House of Commons when it reopens on Monday.

Parliamentary rules require that all lawmakers be inoculated against COVID-19, a policy supported by every party except the Conservatives.

Liberal Prime Minister Justin Trudeau narrowly won the September election and ended up with a minority government again, forcing him to depend on opposition parties to pass legislation.

Over the weekend, according to VN Explorer, Conservative leader Erin O’Toole said all his lawmakers have been vaccinated or had secured a medical exemption.

“Every member is in compliance” with the House rules on vaccination “as far as we know”, Jake Enright, a Conservative spokesman, said on Monday. One vaccinated member who recently contracted COVID-19 is in quarantine, he added.

Some Conservative lawmakers will not be present on Monday and “are away due to reasons unrelated to COVID-19 or the House of Commons vaccine mandate”, another Conservative spokesperson, Josie Sabatino, said.

The likelihood that you have a medical exemption from the vaccination is one to five in 100,000,” said Mark Holland, the Liberal government leader in the House. “The Conservative caucus is 119 people, (so) statistically the likelihood that they would have multiple people who are exempt…is extraordinarily low.”

The Liberals have one member who was granted a medical exemption, but the House speaker’s office did not immediately respond when asked how many total exemptions there had been among the 338 members, reports Reuters.

But, if it is true that all Conservative members in the House are either vaccinated or have an exemption, Trudeau, who has been exploiting divisions in the Conservative caucus over vaccines, will have to find another issue to exploit.

As it is, O’Toole has been fighting for his position as leader of the party ever since the election loss. Added to O’Toole’s woes, the two other opposition parties have sided with the Liberals on vaccines, isolating the Conservatives in what a senior government source called a “dangerous and risky” position on COVID-19 as cases spike again across the country.