The realistically depicted bodies, clinging to inner tubes, out in the waters of the lake are actually an art installation. Put together by American artists Ann Hirsch and Jeremy Angier, the 25 orange figures in the water constitute SOS (Safety Orange Swimmers).

Three swimmers have been added to the exhibit since it first debuted in Boston in 2016, as each orange figure indicates over a million refugees in the world today. 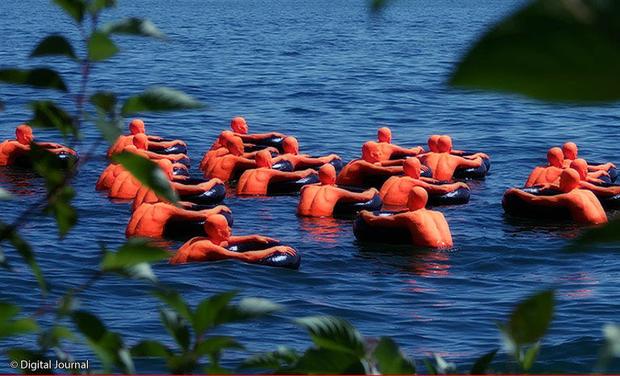 The United Nations High Commisioner for Human Rights has seen a near doubling of the population under its mandate since 2012. The UNHCHR’s 2018 report stated that less than three percent of refugees and displaced people returned to their country of origin. The majority of that increase came from the conflict in Syria. 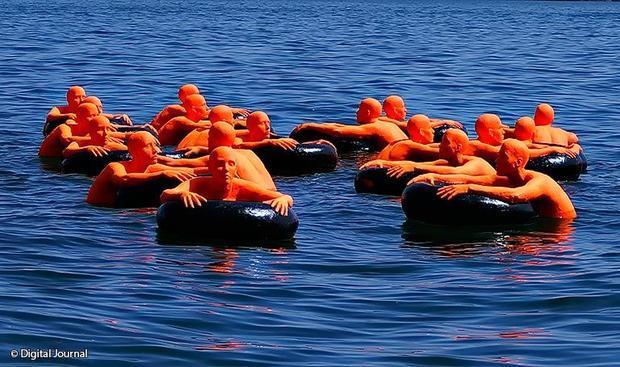 Experts are reporting that the climate crisis will play an increasingly large role in the displacement of refugees in the coming decades, driving hundreds of millions of people from their homes.