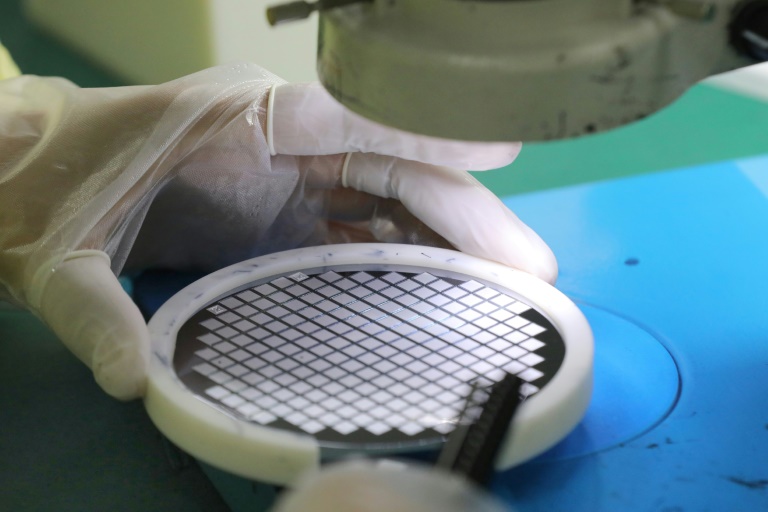 The US Senate was poised to pass a huge industrial policy bill Tuesday aimed at countering a surging economic threat from rival China, overcoming partisan divisions to pump more than $170 billion into research and development.

The measure, a key provision of which addresses a shortage of semiconductors that has slowed auto production this year, is seen as crucial for US efforts to avoid being out-maneuvered by Beijing as the adversaries compete in the race to technological innovation.

“The bill will go down as one of the most important things this chamber has done in a very long time, a statement of faith in America’s ability to seize the opportunities of the 21st century,” Schumer said on the Senate floor.

“Whoever wins the race to the technologies of the future is going to be the global economic leader, with profound consequences for foreign policy and national security as well.”

The bill would need to return to the House of Representatives, where it originated, for a final vote because it has been in the Senate, but it is expected to win final passage and be signed into law by President Joe Biden.

The proposal aims to address a number of technological areas in which the United States has fallen behind its Chinese competitors, including in semiconductor production.

The bill allocates $52 billion in funding for a previously approved plan to increase domestic manufacturing of the components.

It also authorizes $120 billion over five years for activities at the National Science Foundation to advance priorities including research and development in key areas like artificial intelligence and quantum science.

“Whoever harnesses the technologies like AI and quantum computing — and innovations yet unseen — will shape the world in their image,” Schumer said, before criticising Chinese President Xi Jinping.

“Do we want that image to be a democratic image, small D? Or do we want it to be an authoritarian image, like President Xi would like to impose on the world?” Schumer asked.

A summary of the Senate legislation notes how the Chinese Communist Party is “aggressively investing over $150 billion” in semiconductor manufacturing in order to control the advanced technology.

Last month as debate over the bill began, Schumer warned that authoritarian governments believe “squabbling democracies” like the United States cannot meet the moment and invest in national priorities the way a top-down, centralized government can.

“Either we can concede the mantle of global leadership to our adversaries, or we can pave the way for another generation of American leadership. That is what this bill is all about,” he said Tuesday.

While the Senate’s top Republican Mitch McConnell stressed that the measure remained “incomplete,” it appeared poised to pass by a healthy margin, highlighting how the nation’s competition with its rising geopolitical rival China is one of the few issues that can bring feuding Republicans and Democrats together.

The measure earned an endorsement Tuesday from US Secretary of State Antony Blinken, who applauded its investments in technology, innovation and research.

“All of those elements together are how we approach China from a position of strength,” Blinken told a Senate hearing.

In this article:China US relations, Innovation, Science, Technology