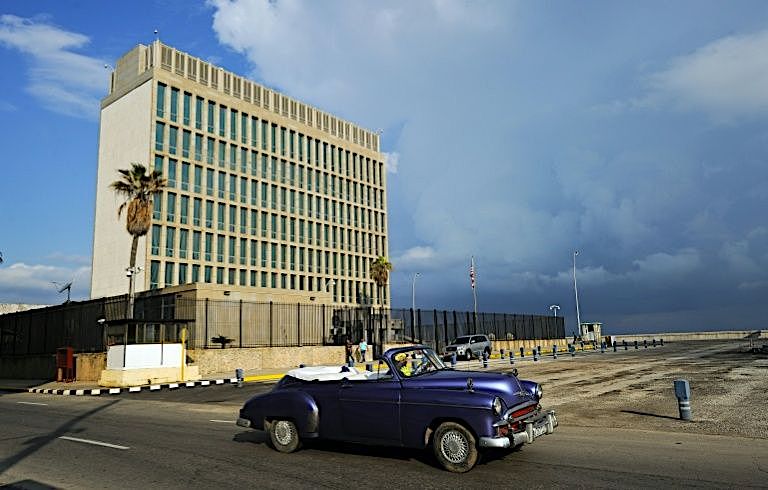 The reports of unexplained injuries to US personnel abroad and even near the White House are now high-priority subjects for investigation. US intelligence agencies and the Biden administration are now conducting a review through the National Security Council.

The ongoing situation first raised alarms when US personnel reported inexplicable medical symptoms in places like China and Cuba. Symptoms included sudden pain, nausea, vertigo, possible brain damage, and multiple other conditions. The people affected are not reported as having prior related current medical conditions. Some affected people are now in “irreversible” conditions.

The suspicion was (and still is) that weapons were used on these personnel. A total of 130 people in different locations all experienced a very sudden onset of their conditions.

The initial response was a mix of skepticism and not much if any joining of dots at official levels. Such diverse issues naturally needed study but that doesn’t seem to have happened in any systematic way.  The Trump administration did nothing at all about these issues, dating from 2016.

The current suspicions are pretty dramatic:

Can these attacks be traced? Possible.

Please bear with a bit of basic technologic here:

What to do about it?

Somewhere between international politics and the intelligence community is the basic need to manage risk effectively.

These weapons can be countered. A few options:

Why do these attacks in the first place?

The motive for these attacks seems vague to say the least.  As “gray warfare”, they make about as much sense as many current foreign policies. Start a fight for no reason, and in these cases, no result, is pretty normal.

Testing a new generation of weapons is another possibility. Any mindless ideological fool could come up with that as a reason. That’s not good news for anyone. None of the possible technologies under discussion is exclusive. Anyone including terrorists could develop these basically simple weapons. A new clandestine global cluster is the likely result.

Deterring these attacks, passively or actively, may be necessary. These weapons, if used on a large scale, can do a lot of damage. The best deterrent is likely to be a mix of ineffectuality and counter-strikes with superior weapons. Even the dumbest of people won’t get into a fight they can’t win.

The political ramifications are far more complex. This is open hostility, conducted against government personnel. It’s yet another “act of war by other means”. These attacks must be viewed in that context.

But – Do you start a stealthy war? If you can win it, you might. That could make living on this fountain of unmitigated bliss we call planet Earth 2021 a lot more difficult for a lot of people.

On the other hand, giving attackers a free shot has never been a good move. It sounds so ominous, but I have to say it – Doing nothing is the worst possible move.