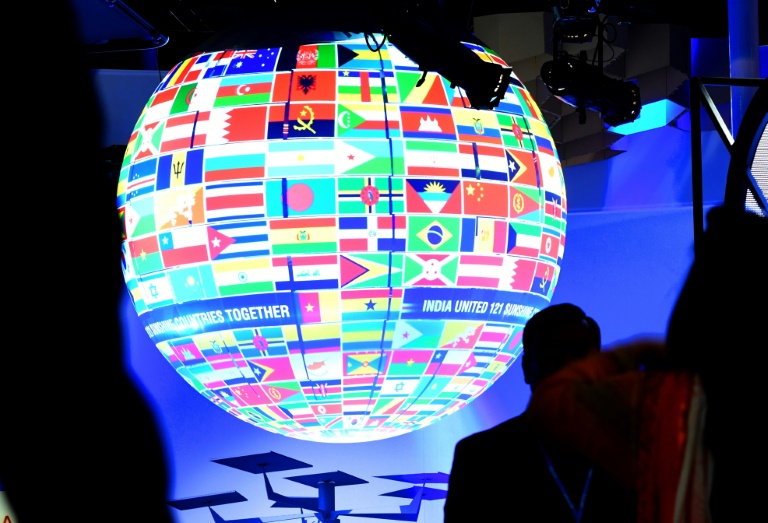 A new United Nations report shows the world is on a “catastrophic pathway” toward a hotter future unless governments make more ambitious pledges to cut greenhouse gas emissions, the head of the UN said Friday.

That’s the latest blunt assessment by the United Nations in its 42-page report. The report says that most countries have failed to uphold promises to make deep cuts to greenhouse gas pollution, in order to avoid the most catastrophic effects of climate change.

According to the UN’s Intergovernmental Panel on Climate Change, meeting the more ambitious target of a 2.7 degree Fahrenheit temperature rise would require eliminating fossil fuels almost entirely by 2050.

A review of all the national commitments submitted by signatories of the Paris climate accord until July 30, found that based on detailed information from signatories, this would result in emissions rising nearly 16 percent by 2030, compared with 2010 levels, per the Associated Press.

“The 16 percent increase is a huge cause for concern,” according to Patricia Espinosa, the UN’s chief climate negotiator, reports The BBC.

“It is in sharp contrast with the calls by science for rapid, sustained and large-scale emission reductions to prevent the most severe climate consequences and suffering, especially of the most vulnerable, throughout the world.”

This shows the world is heading in the wrong direction. Scientists recently confirmed that to avoid the worst impacts of hotter conditions, global carbon emissions needed to be cut by 45 percent by 2030. That is only 14 years away, folks.

The COP26 climate conference is scheduled to take place in Glasgow in just over six weeks’ time. The main focus of the event is to keep alive hopes of limiting the rise in global temperatures by persuading nations to cut their emissions.

Yet, out of the 191 countries taking part in the agreement, only 113 have so far come up with improved pledges. Alok Sharma, the British minister who will chair the COP26 conference, said nations that had ambitious climate plans were “already bending the curve of emissions downwards.”

“But without action from all countries, especially the biggest economies, these efforts risk being in vain,” Sharma added. A recent study by Climate Action Tracker found that of the G20 group of leading industrial nations, only a handful including the UK and the US have strengthened their targets to cut emissions.

Based on the graphic from Climate Action Tracker, it is apparent that many countries are trying to fall in line with their targets, but the UN is still waiting for updated plans from many countries. “There are some real laggard nations that we hope to hear from,” says  Rachel Cleetus, policy director for the Climate and Energy Program at the Union of Concerned Scientists. They include China, which is the largest emitter of greenhouse gases, as well as Japan, Australia, South Korea, and Brazil.

Another analysis shows that China, India, Saudi Arabia, and Turkey – together responsible for 33 percent of greenhouse gases – have yet to submit updated plans. Additionally, the study finds that Brazil, Mexico, and Russia all expect their emissions to grow rather than shrink.

As the BBC says, “An announcement soon of more ambitious targets would give the talks a significant boost but there are no clues about when – or even whether – that might happen.”