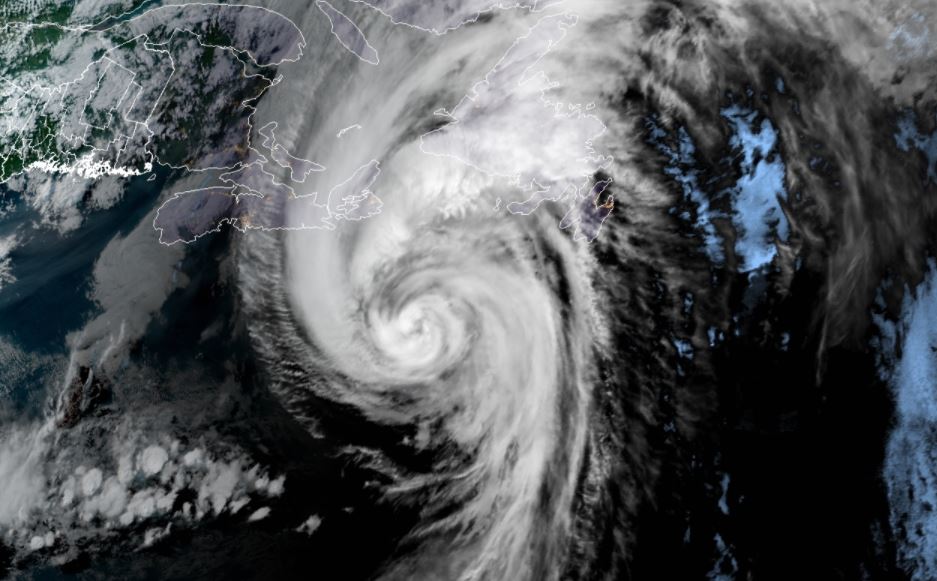 Hurricane Larry doesn’t plan on going out with a whisper. Even though the tropical cyclone has hung around the Atlantic since forming south of the Cape Verde Islands earlier this month, it appears to have one more act to perform before leaving.

As Gizmodo describes the situation, even hurricanes can dream… And it seems Larry wants to be a blizzard. It could be that this is what it has really wanted to do all along. Who knows?

Larry is forecast to clip Newfoundland, Canada, a location that rarely sees actual hurricanes make landfall. After that, the storm will head even farther north and bring snow measured in feet to Greenland, making Larry a meteorological oddity.

At the 5:00 p.m. EDT advisory from the National Hurricane Center, Larry was 330 miles (535 kilometers) southwest of Cape Race Newfoundland, headed in a north-northeasterly direction at 35 mph (56 kph).

The Category 1 storm is still packing maximum sustained winds of 80 mph (130 kph) with higher gusts. The minimum central pressure is still low, at 967 MB, or 28.56 inches.

It is hard to imagine, but today, September 10, is considered the “peak” of the Atlantic Hurricane season, and it has been a rather unusual year, so far. We have already had 13 named storms. On average, we don’t see 13 named storms until the end of the season.

Added to this year’s unusual season, hurricane-force winds are not uncommon in Greenland, but hurricanes that bring significant snow are. Additionally, if Larry does make landfall in Newfoundland, it will be the first time since 2011, when another hurricane, called Maria hit as a Category 1 storm.

Newfoundland sees a fair number of extratropical cyclones that are the remnants of hurricanes that have taken on different meteorological characteristics, the most prominent of which is having a cold-core.

And here is one big difference – Hurricanes and tropical storms have a warm core. This means that Hurricane Larry is going to do an extratropical sleight-of-hand after passing Newfoundland and show us what else it has in its bag of tricks.

As the NHC explains it – Larry is “expected to merge with a large extratropical low over the Labrador Sea on Sunday.” This extra zap of atmospheric energy will give Larry renewed power to bring heavy snow to Greenland as it passes by the island.

The interaction between the two systems will allow Larry to pull in a tremendous amount of moisture leading to significant snowfall in Greenland. And we mean “significant.”

Widespread totals of 12 to 18 inches are expected in the eastern half of the island nation. Higher elevations along Greenland’s east coast could get 2 to 4 feet or higher.

Even though Hurricane Larry will have lost a lot of its tropical characteristics by the time it reaches Greenland, it will still have sustained winds around 60 to 70 mph, with gusts as high as 85 mph. Larry’s hurricane-force wind likely will produce blizzard conditions across Greenland.

In this article:Blizzard, Extratropical cyclone, Hurricane Larry, hurricane-force winds, to be or not to be