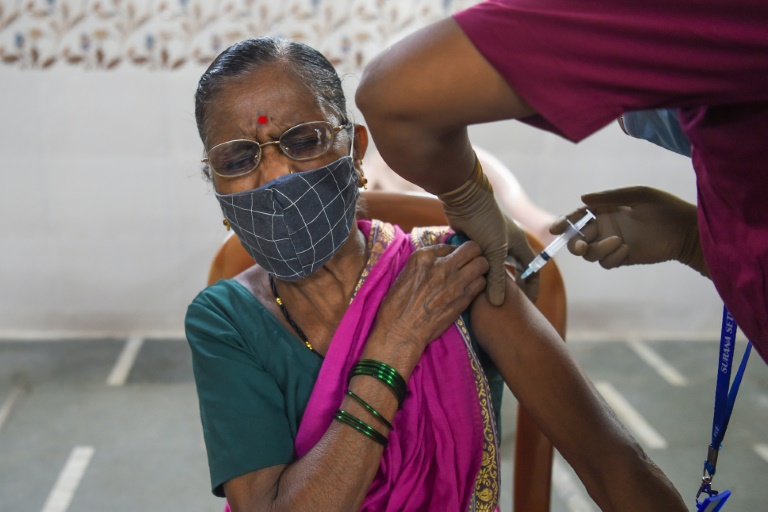 The highly contagious Delta variant of the coronavirus is on the rise again, even after many nations around the globe were hoping they had seen the last of the nightmare that has gripped the world for over a year.

In South Korea and Israel, countries which had largely vanquished the virus – new clusters of the disease are popping up, while Chinese officials are planning on constructing a giant quarantine center with up to 5,000 rooms to house international travelers.

Australia’s Prime Minister, Scott Morrison, instituted a four-day “circuit-breaker” lockdown this week in four major cities, in an attempt to try and stop the variant from spreading.

And in Indonesia, according to the New York Times, gravediggers are working into the night to handle the surge in deaths, even as oxygen and vaccines are in short supply.

In Bangladesh, garment workers are fleeing an impending lockdown, trying to get back to their villages before travel is banned, even though they are more than likely helping to spread the virus and contribute to its surge.

In the United Kingdom, the Delta virus is now responsible for 99 percent of new infections, out-competing the Alpha variant simply because it is much more transmissible.

The Delta variant is spreading fast

The World Health Organization says the Delta variant, also known as B.1.617.2, has spread to at least 85 countries since it was first identified in India last fall.

The WHO points out that all viruses – including SARS-CoV-2, the virus that causes COVID-19 – evolve over time. These changes are called “mutations”. A virus with one or more new mutations is referred to as a “variant” of the original virus.

The one important thing people have to understand is that when a virus is widely circulating in a population and causing many infections, the likelihood of the virus mutating increases.

Scientists believe the Delta variant may be twice as transmissible as the original coronavirus, and its potential to infect some partially vaccinated people has alarmed public health officials.

And regardless of where you live – in India or Idaho – unvaccinated people can serve as incubators for new variants that could evolve in surprising and dangerous ways, just as the Delta variant gave rise to what Indian researchers are calling Delta Plus.

“The good news is if you are vaccinated — and fully vaccinated means two weeks after your last shot — then there is good evidence that you have a high degree of protection against this virus,”  US Surgeon-General Dr. Vivek Murthy told CNN’s Erica Hill Wednesday. “But if you are not vaccinated, then you are in trouble.”

That is the bottom line – As long as there are people unvaccinated, either because vaccines are unavailable or because they just don’t want to be vaccinated – the world is still at risk.

In this article:COVID-19, Deltaq variant5, surge in cases, unvaccinated, Who