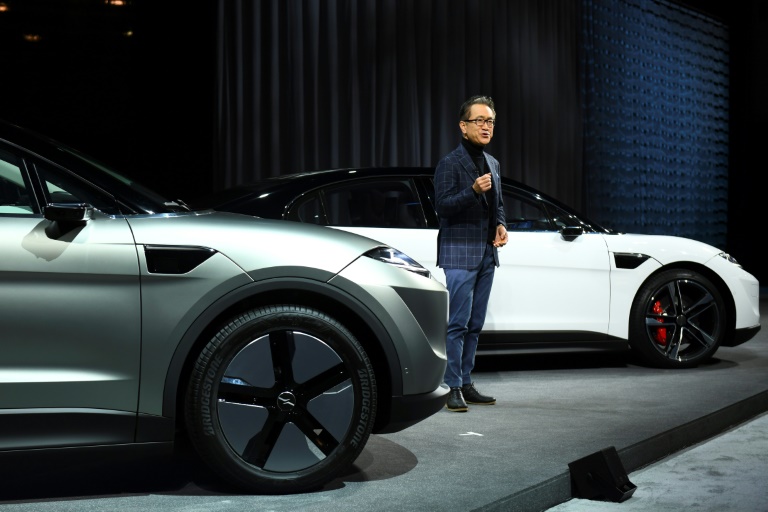 Electronics giant Sony unveiled Tuesday a new prototype of its Vision-S electric vehicle and announced the founding of a company to explore jumping into the rapidly growing market.

The Japanese firm, better known for its TVs and video game consoles, will create the Sony Mobility subsidiary in spring 2022 as it weighs entering the field.

Sony chief executive officer Kenichiro Yoshida unveiled at the CES tech show in Las Vegas the Vision-S 02, a new version of the firm’s first prototype that has begun road testing.

Through this new branch, the electronics giant “intends to explore entry into the EV market,” it said in a statement.

The Vision-S is packed with internal and external sensors and is used by Sony to test its autonomous driving technologies.

The company is also working on entertainment systems.

The electric vehicle sector is still small, accounting for only about three percent of current sales in the United States but it is attracting a lot of interest and investment.

General Motors has planned to invest more than $35 billion in electric and autonomous vehicles by 2025.

Authorities in the United States plan to spend billions of dollars to strengthen the network of charging stations or encourage individuals to abandon their fossil fuel-powered vehicles.