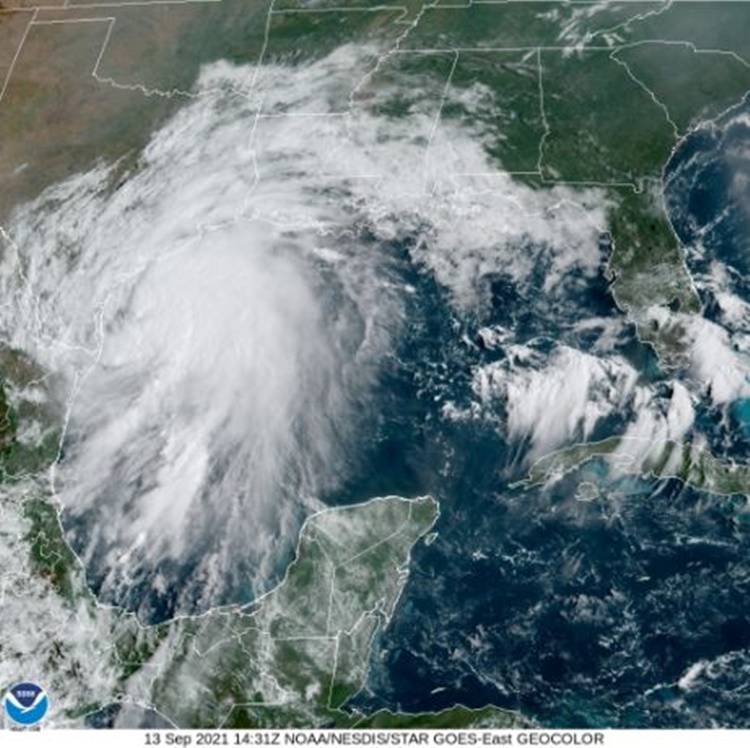 The Texas Gulf Coast and southwestern Louisiana are under threat Monday, with Tropical Storm Nicholas bringing a “life-threatening storm surge, isolated tornadoes, and significant heavy rain up to 20 inches in places,” the National Weather Service said.

At the 8:00 a.m. EDT update from the National Hurricane Center, Nicholas is about 210 miles (335 kilometers) south of Port O’Connor, Texas, and 40 miles (65 kilometers) southeast of the mouth of the Rio Grande.

The 14th named storm of the season is now moving to the north-northwest at 5 mph (7 kph) with maximum sustained winds of 60 mph (95 kph). The system is expected to make landfall sometime this afternoon or evening.

A Hurricane Watch is in effect from Aransas to Freeport, Texas, while Tropical Storm warnings are in effect from the mouth of the Rio Grande River to High Island, Texas, and Barra el Mezquitel to the U.S.-Mexico border.

A Tropical Storm Watch is in effect for east of High Island, Texas to Sabine Pass.

As Nicholas inches closer to Texas, meteorologists warn that further strengthening will be possible in the next 12 hours, allowing Nicholas to surge into hurricane strength. However, once the storm moves inland Tuesday, it is expected to begin diminishing, reports the Orlando Sentinel.

The is storm is large, projecting tropical-storm-force winds up to 115 miles from its center. Nicholas will trigger “considerable flash and urban flooding” as it brings total rainfall of 8 to 16 inches across coastal areas in middle and upper Texas over several days this week.

A broader section of the Gulf Coast, including Louisiana, could see 5 to 10 inches of rain. “This is a life-threatening situation,” the NHC said, urging people in areas under broad storm surge warnings to act now to protect life and property and to obey any local evacuation orders.

In this article:landfall, large storm, Texas to Louisiana, Tropical Storm Nicholas, up to 20 inches of rain