Scientists are using bacteria to develop rocket fuel to blast spacecraft beyond the Earth. The contribution that the bacteria make is with the production of a supercharged biofuel. The work in developing the biofuel has been undertaken at the Lawrence Berkeley National Laboratory (Berkeley Lab).

The advantage of creating a biofuel for spacecraft is that it is more sustainable and there is the possibility of generating a fuel with a greater energy density than any petroleum product, including current aviation and rocket fuels (such as RP-1).

While the environmental credentials publicised by the university are more contentious (after all, space travel is not known for being carbon neutral) the energy releasing specification is something altogether more powerful.

The molecules are called POP-FAMEs (for polycylcopropanated fatty acid methyl esters). Polycylcopropanated molecules contain multiple triangle-shaped three-carbon rings that force each carbon-carbon bond into a 60-degree angle. These have been dubbed ‘fuelimycins’.

The potential energy in this strained bond translates into more energy for combustion than can be achieved with the larger ring structures or carbon-carbon chains typically found in fuels. In addition, these structures enable fuel molecules to pack tightly together in a small volume, increasing the mass (plus the total energy) of the fuel.

In nature, three-carbon rings are only made by Streptomyces bacteria, in particular S. roseoverticillatus and S. albireticuli. These organisms are fastidious and difficult to grow outside of their natural environment therefore the scientists arranged the necessary gene cluster into a related organism that was easier to grow under industrial conditions.

A further advantage with the production process is that the molecules require only one additional chemical processing step before they can serve as a fuel.

At present, more production is required in order to produce sufficient quantities for field tests (here 10 kilograms of fuel is needed to propel a rocket engine). Nonetheless, the researchers have been able to confirm the energy density by using nuclear magnetic resonance spectroscopy.

The researchers are also seeing how the multi-enzyme production pathway can be modified to create polycyclopropanated molecules of different lengths. Here, longer chain fuels would be best for rocket fuel applications, and  shorter chains are better for jet fuel. 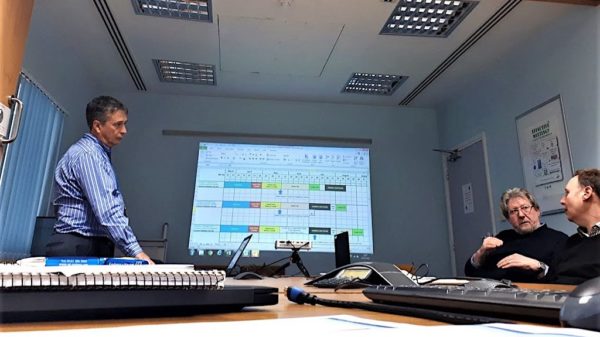