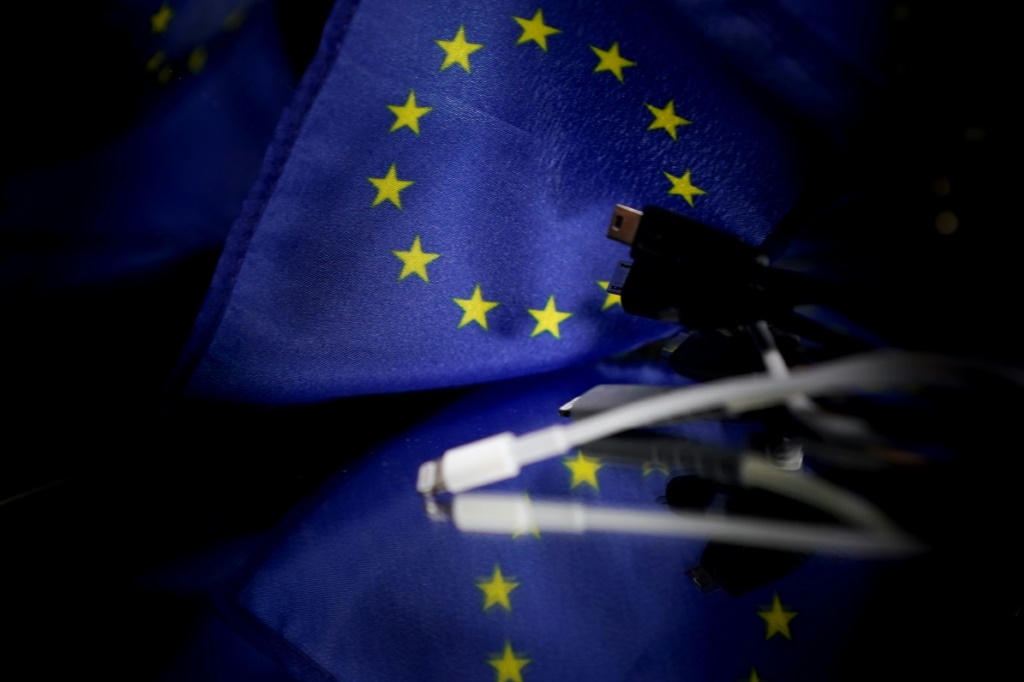 The EU parliament on Tuesday passed a new law requiring USB-C to be the single charger standard for all new smartphones, tablets and cameras from late 2024.

The measure, which EU lawmakers adopted with a vote 602 in favour, 13 against, will — in Europe at least — push Apple to drop its outdated Lightning port on its iPhones for the USB-C one already used by many of its competitors.

Makers of laptops will have extra time, from early 2026, to also follow suit.

EU policymakers say the single charger rule will simplify the life of Europeans, reduce the mountain of obsolete chargers and reduce costs for consumers.

It is expected to save at least 200 million euros ($195 million) per year and cut more than a thousand tonnes of EU electronic waste every year, the bloc’s competition chief Margrethe Vestager said.

The EU move is expected to ripple around the world.

The European Union’s 27 countries are home to 450 million people who count among the world’s wealthiest consumers. Regulatory changes in the bloc often set global industry norms in what is known as the Brussels Effect.

“Today is a great day for consumers, a great day  for our environment,” Maltese MEP Alex Agius Saliba, the European Parliament’s pointman on the issue, said.

“After more than a decade; the single charger for multiple electronic devices will finally become a reality for Europe and hopefully we can also inspire the rest of the world,” he said.

Apple, the world’s second-biggest seller of smartphones after Samsung, already uses USB-C charging ports on its iPads and laptops.

But it resisted EU legislation to force a change away from its Lightning ports on its iPhones, saying that was disproportionate and would stifle innovation.

However some users of its latest flagship iPhone models — which can capture extremely high-resolution photos and videos in massive data files — complain that the Lightning cable transfers data at only a bare fraction of the speed USB-C does.

People buying a device will have the choice of getting one with or without a USB-C charger, to take advantage of the fact they might already have at least one cable at home.

Makers of electronic consumer items in Europe agreed a single charging norm from dozens on the market a decade ago under a voluntary agreement with the European Commission.

But Apple refused to abide by it, and other manufacturers kept their alternative cables going, meaning there are still some six types knocking around.

They include old-style USB-A, mini-USB and USB-micro, creating a jumble of cables for consumers.

USB-C ports can charge at up to 100 Watts, transfer data up to 40 gigabits per second, and can serve to hook up to external displays.

Apple also offers wireless charging for its latest iPhones — and there is speculation it might do away with charging ports for cables entirely in future models. But currently the wireless charging option offers lower power and data transfer speeds than USB-C.