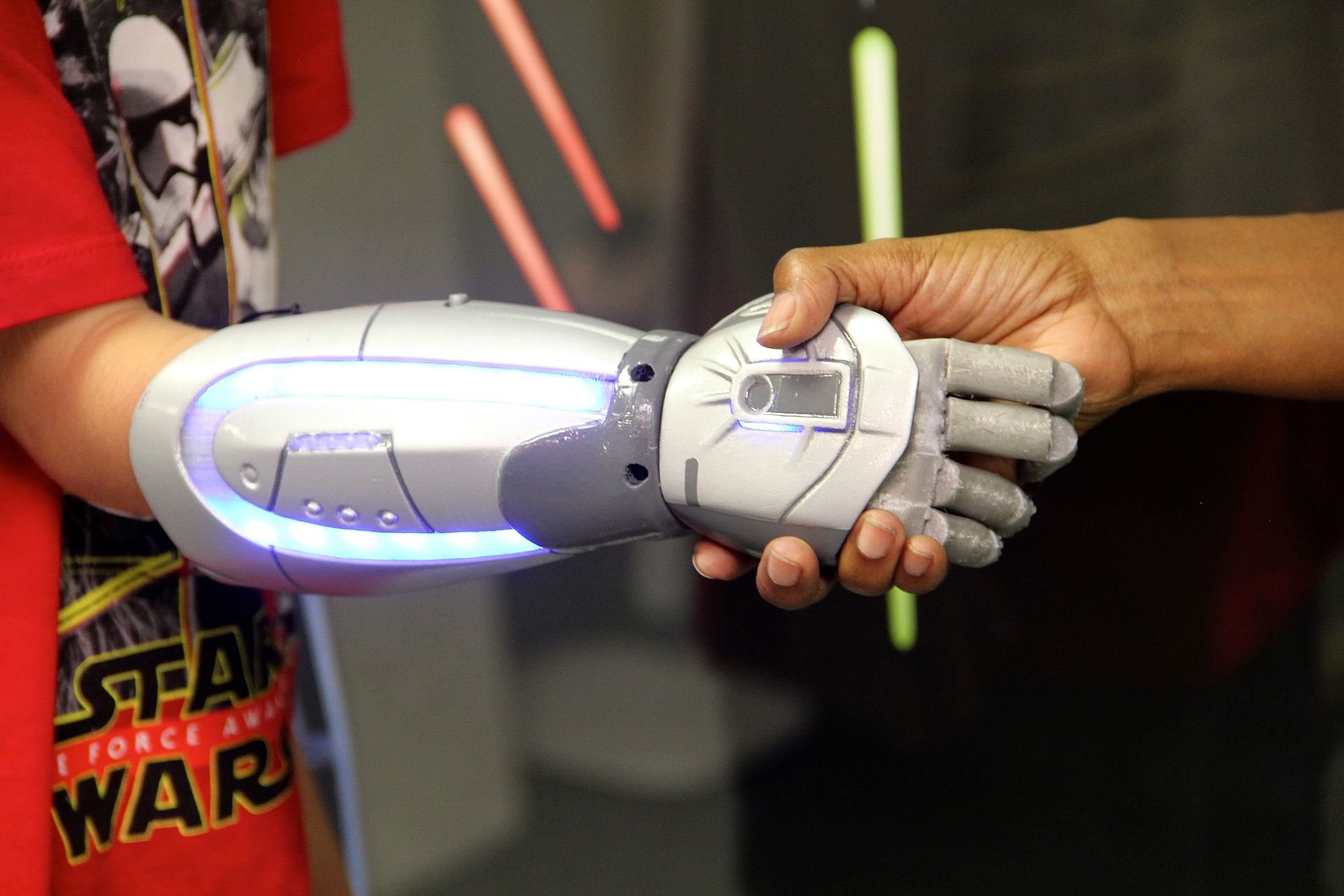 Researchers have developed a new breath-driven concept set to transform access to hand prosthetics. This takes the form of an air-powered hand. The aim is to provide a lightweight, low-maintenance and easy-to-use body-powered prosthetic option.

What is remarkable about the device is that it is powered and controlled by the user’s breathing, offering an alternative to the more conventional cable-driven body-powered prosthetics.

Until now little progress has been made in developing new approaches to power and control of body-powered devices. The new device takes a different approach, based on the rate of breathing and it has been named ‘Airbender’.

The new invention, which springs from the University of Oxford, may be best suited for children (it is lightweight) and those in low and middle-income countries (the components needed are not overly expensive). In addition, only minimal maintenance and training are needed for ease of use in comparison to other prosthetic options.

In terms of how the device works, by regulating their breathing users power a small purpose-built Tesla turbine. The combination can accurately control the prosthetic finger movements. In terms of universality of application, the volume of air needed to power the unit can be achieved by young children.

Commenting on the development, lead scientist Professor Jeroen Bergmann said: “Our breathing-powered device provides a novel prosthetic option that can be used without limiting any of the user’s body movements. It is one of the ﬁrst truly new design approaches for power and control of a body-powered prosthetic since the emergence of the cable-driven system over two centuries ago.”

The researchers have been working with LimbBo, a leading UK-based charity for children with limb differences, to develop and refine the device. As well as the U.K., charitable organisations in low income countries have also been involved with the development of the prosthetic.

Over 40 million individuals worldwide are estimated to have limb differences – most with no access to any form of prosthetic care. Another organisation that has been involved with testing out the device is Mobility India, an NGO based in Bengaluru, India, where there is a lack appropriate technology to construct more conventual prosthetic devices.

The research appears in the journal Prosthesis. The research paper is titled “Reimagining prosthetic control: A novel body-powered prosthetic system for simultaneous control and actuation.”

In this article:Health and Medical, Medical, Prosthetics Market, Science, Technology