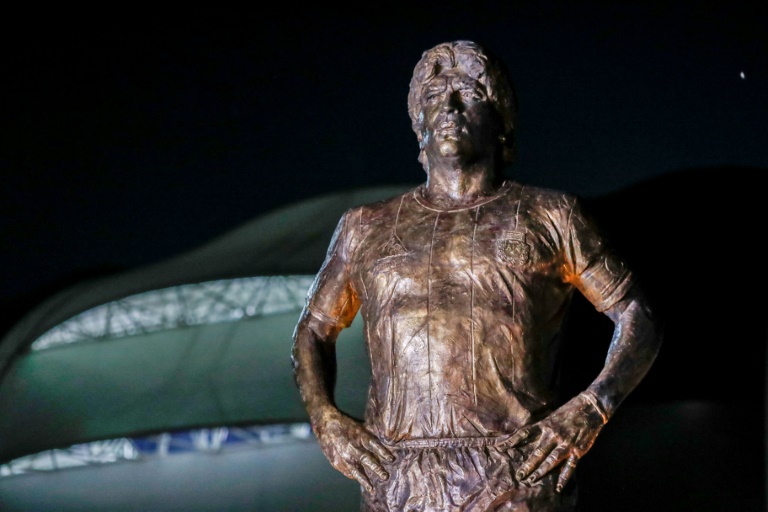 A second nurse accused of neglecting football icon Diego Maradona during the last days of his life was due to be questioned by Argentine prosecutors on Wednesday.

Dahiana Gisela Madrid, 36, is one of seven people under investigation for manslaughter after a board of experts looking into Maradona’s death found he had received inadequate care and was abandoned to his fate for a “prolonged, agonizing period”.

The football legend died of a heart attack last November at the age of 60, just weeks after undergoing brain surgery for a blood clot.

An investigation was opened following a complaint filed by two of Maradona’s five children against neurosurgeon Leopoldo Luque, whom they blame for their father’s deteriorating condition after the operation.

A panel of 20 medical experts convened by Argentina’s public prosecutor said last month that Maradona’s treatment was rife with “deficiencies and irregularities” and the medical team had left his survival “to fate.”

If found guilty, the seven, who are barred from leaving the country, could face between eight and 25 years in prison.

On Monday, his nighttime nurse Ricardo Almiron, 37, was the first of the seven to be questioned by prosecutors in San Isidro, on the outskirts of the capital Buenos Aires.

He claimed to have been “told by his superiors not to disturb the patient,” Almiron’s lawyer, Franco Chiarelli told reporters on Monday.

Chiarelli said Almiron “always treated Maradona as a patient with a complex psychiatric” condition but was never told about “an issue related to heart disease.”

Madrid was one of the people to have found Maradona showing no signs of life and had tried to revive him, she said in a previous witness statement.

She also said that when arriving for her shift, she had not performed a routine check on Maradona as she wanted to leave him to rest.

A written report then emerged in which Madrid claimed to have tried to check on Maradona but the World Cup winning captain had turned her away.

The nurse later admitted that was a lie and said her boss, Mariano Perroni, who is also under investigation, had asked her to fabricate the report.

Nursing coordinator Perroni, 40, psychiatrist Agustina Cosachov, 35, psychologist Carlos Diaz, 29, medical coordinator Nancy Forlini, 52, and Luque are all due to be questioned by prosecutors over the next two weeks.

A judge will then decide whether the matter should go to trial in a process expected to last months, or even years.

Maradona had battled cocaine and alcohol addictions during his life.

The former Boca Juniors, Barcelona and Napoli star was suffering from liver, kidney and cardiovascular disorders when he died.

Maradona is an idol to millions of Argentines after he inspired the South American country to only their second World Cup triumph in 1986.

His death shocked fans around the world, and tens of thousands queued to file past his coffin, draped in the Argentine flag, at the presidential palace in Buenos Aires amid three days of national mourning.