Mack is a former pole vaulter who belongs to the elite sex-meter club (his personal best is 6.01 meters) and he took home the gold medal for Team USA at the 2004 Olympic Games in Athens, where he cleared 5.95 meters. He opened up to Telly award-winning host Donna Drake about what inspired him to take on the sport at the young age of 13 and his journey as a world-class pole vaulter.

Their entire interview may be seen below.

Mack acknowledged that winning an Olympic gold medal was fantastic but he realized afterward that it was “more about the journey than the end result.”

He shared that he had “a lot of good people in his life to keep him in the sport” of pole vault and they “kept him focused in the right direction.”

More recently, he joined SPIRE Institute and Academy in Ohio as a track and field training and development director. “I am living life every day and I am living the dream at Spire Insitute and Academy,” he said. “I’m trying to teach younger athletes and people not only how to pole vault and I also relate to relate to each and every vaulter, whether it’s a 10-year-old beginner vaulter or a 27-year-old elite vaulter.”

His 6.01 meter personal best clearance may be seen here.

Mack was inducted into the Tennessee Sports Hall of Fame for its Class of 2018. 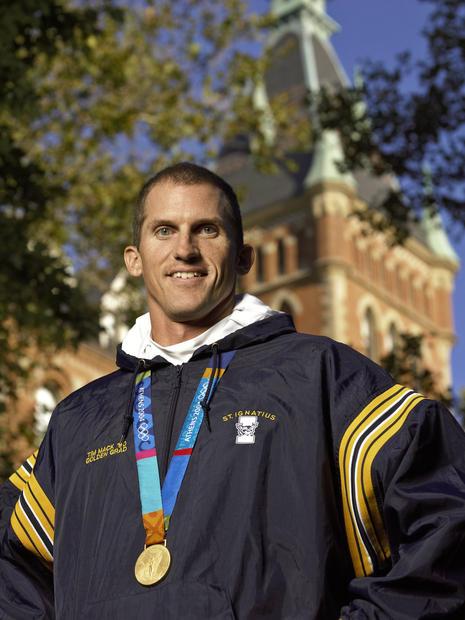