James Gibson, MBE serves as the Head Coach of the Energy Standard swimming team. This team was the winner of the inaugural ISL season in 2019.

Finally, Energy Standard’s win in the men’s 4 x 100 meter medley Relay (3:20.68), affords them the privilege to select the men’s skins race of their choice.

The team standings for the first day of Match 6 are Energy Standard leading with 279 points, Toronto Titans in second place with 241 points, the NY Breakers in third place with 202 points, and finally, Aqua Centurions in fourth place with 150 points.

Tune in tomorrow for the outcome of Day 2 of ISL Match 6. 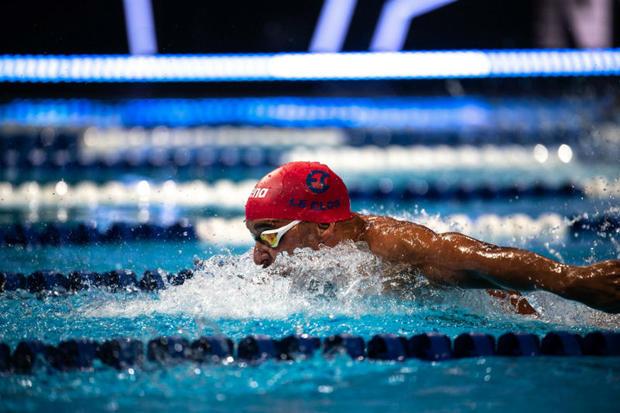