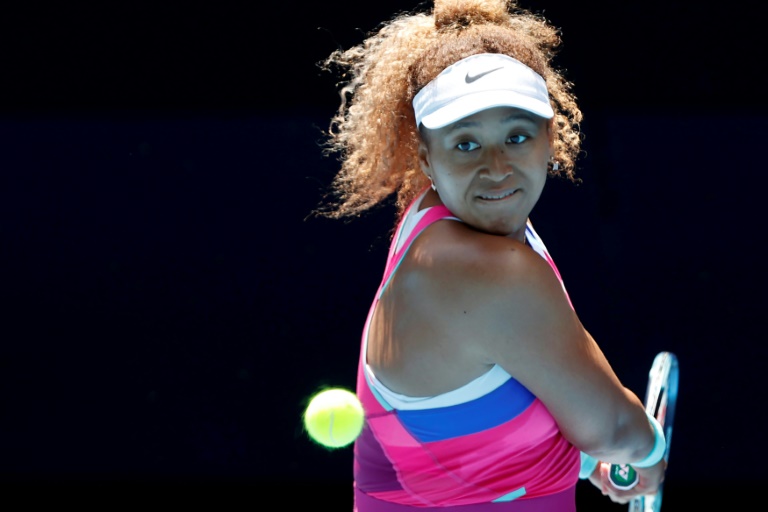 Defending women’s champion Naomi Osaka breezed into the second round as the Australian Open finally began on Monday after a chaotic build-up dominated by the visa saga engulfing world number one Novak Djokovic.

The unvaccinated Serbian landed in Dubai early on Monday after his sensational deportation from Australia, his dreams of becoming the first man to win 21 majors over, at least for now.

But it was business as usual for Japan’s Osaka, who registered her 23rd win in her last 24 matches at Melbourne Park with a 6-3, 6-3 win against Colombia’s Camila Osorio.

Seeded 13 after a disrupted 2021 season in which she said she had suffered “long bouts of depression”, Osaka raced to a 5-0 lead before cruising through in 68 minutes.

“She played amazingly and fought for every point. I’m just happy to be here. It definitely always feels special to come back here.”

Germany’s Tatjana Maria had the honour of striking the first serve on the showpiece Rod Laver Arena before falling to Greece’s Maria Sakkari, the fifth seed, 6-4, 7-6 (7/2).

“We all know how hard first rounds can be and that wasn’t easy,” said the athletic Sakkari.

Olympic gold medallist Belinda Bencic said she was still feeling the effects of Covid-19 a month after falling ill, as she moved into round two by overcoming Kristina Mladenovic 6-4, 6-3.

“I mean, my pulse was getting very up in the practices. I think it’s getting better day by day,” she said.

Djokovic will continue to cast a dark shadow over the tournament, but there will be relief from players that they can finally get on with the business of winning tennis matches.

Prime among them in Monday’s first round is Rafael Nadal, also targeting a 21st Grand Slam, who begins his title charge against the 66th-ranked American Marcos Giron.

After injury and contracting Covid-19 in December, the 35-year-old is happy just to be back on court in Melbourne, where crowds have been capped at 50 percent because of the pandemic.

“When you’re coming back from injuries and from a period of time that you are not going on the tour, you need to accept things are not going to be perfect,” said Nadal, whose brilliant career has been blighted by injury.

Also playing on day one in the men’s draw are third seed Alexander Zverev and seventh seed Matteo Berrettini.

There will be no Roger Federer this year, with the Swiss great battling injury.

The night session on Rod Laver Arena will be headlined by world number one Ashleigh Barty, who is chasing her first title in her home Grand Slam.

The 25-year-old will be under intense pressure from an expectant crowd, but Barty — who won the singles and doubles titles in a warm-up tournament — was playing it characteristically cool.

“Regardless of the number next to my name, that doesn’t change the way we approach it,” said Barty of being top seed.

“Particularly here in Australia, it’s exciting. I get to play in front of incredible fans, my family, which is amazing.”

Also in action on Monday are top-10 seeds Barbora Krejcikova and Paula Badosa.