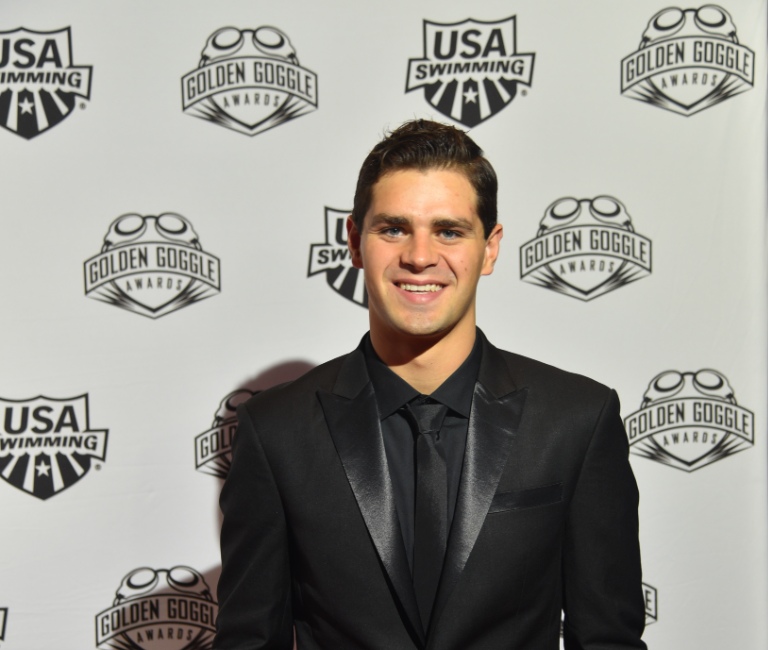 Olympic gold medalist swimmer Michael Andrew has a major reason to be proud. He won his second career Golden Goggle Award on December 7. The ceremony was held at the Faena Hotel in Miami, Florida. He also posted his latest vlog at the 2021 Short Course World Championships in Abu Dhabi.

Andrew was a part of the Golden Goggle for the “Relay Performance of the Year” award. He shares this accolade with his teammates Ryan Murphy, Caeleb Dressel, and Zach Apple. Not only did they win the gold medal in this Olympic event (from Lane 1 nonetheless), they also shattered a new world record.

Their acceptance speech may be seen below.

At the 2018 Golden Goggle Awards, which took place in New York, Andrew was honored as the “Breakout Performer of the Year.”

In addition, he posted his latest vlog at the 2021 Abu Dhabi Short Course World Championships, which marks his first competition since the Tokyo Summer Olympic Games.

Andrew gave his fans and viewers a behind-the-scenes look in Abu Dhabi.