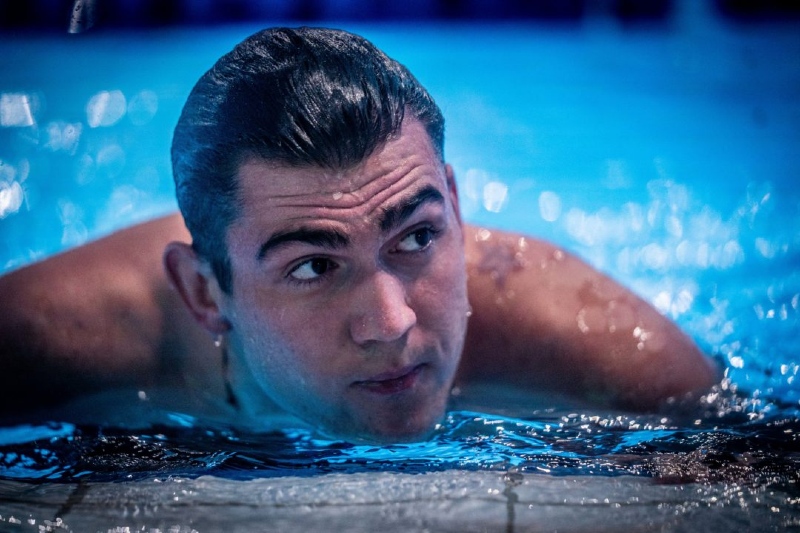 Olympic silver and bronze medalist Kliment Kolesnikov of Russia chatted with Digital Journal’s Markos Papadatos about his experience at the Tokyo Summer Olympic Games, his motivations, and competing for the Energy Standard swimming team in ISL Season 3.

At the Tokyo Olympic Games, Kolesnikov won a silver medal in the men’s 100 meter backstroke and a bronze in the men’s 100 meter freestyle race. “It was a good experience for me because it was the first Olympics of my life,” he said. “I did everything that I could so to win the silver and bronze medals at the Olympics was very good.”

He opened up about competing for Energy Standard with James Gibson, MBE as his team’s General Manager, and Tom Rushton as the Head Coach.

“I am very impressed to be here again because it has been a good time to swim with the Energy Standard in the last two seasons 2019 and 2020,” Kolesnikov said. “I hope that everything will go okay here, and I hope that we are going to beat them all.”

On working with James Gibson, MBE he said, “I have my personal coach in Russia, and here we are training and swimming together with a big team. It’s a good experience, and I hope everything will grow and that everything will be fine in the future with Energy Standard and the ISL.”

Kolesnikov praised Energy Standard team captain Chad Le Clos. “Chad is a very good guy,” he said. “Chad is funny, very talkative with everyone, and he is very experienced.”

The Russian Olympian noted that he enjoys the diversity of the Energy Standard team since it is comprised of swimmers from all over the world. “There are so many swimmers from many countries so it’s very international and I like that very much. That’s why I like Energy Standard,” he said.

Regarding his motivations, he said, “Now, my motivation comes from Coleman Stewart, the American who beat my world record in the short course. Every time I want to beat someone in the race. At the Olympics, it was Ryan Murphy and Evgeny Rylov. Here in ISL, it’s Coleman Stewart that motivates me.”

Kolesnikov listed the freestyle as his personal favorite stroke in swimming.

For young and aspiring swimmers, he said, “You need to fall in love with swimming, and love to work hard and listen to your coach. You need to be strong mentally, and understand what you are doing. Also, just be happy with swimming.”

For his fans and supporters, Kolesnikov said, “I love it when the crowd is shouting your name, and when my teammates are shouting it. Also, I like to shout for someone and cheer for someone during the meets, so it is very good to have fans. The fans are very important in a meet. During the Olympics, there were no fans and it felt quiet, and only the teammates from your country cheered for you.”