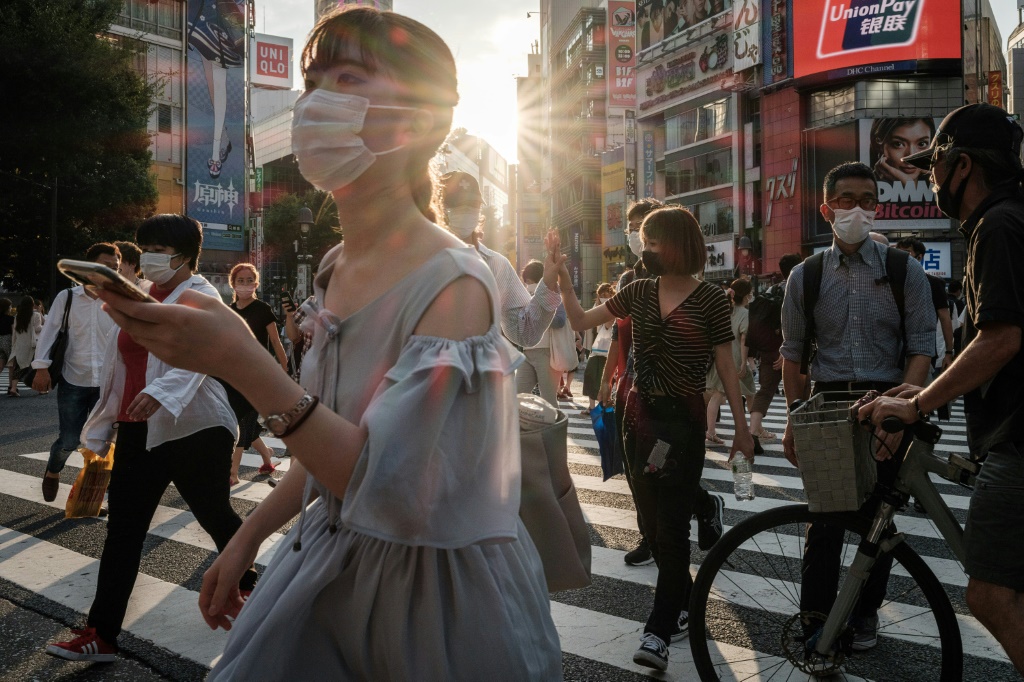 Japan’s government will extend a virus state of emergency in Tokyo and impose the measure in four more regions on Friday, as cases surge a week into the pandemic-postponed Olympics.

The Japanese capital reported a record number of new infections on Thursday as daily cases nationwide topped 10,000 for the first time.

On Friday, Tokyo 2020 organisers reported 27 new cases related to the event — the highest daily figure yet — although they insist there is nothing to suggest a link to rising infections in Japan.

Prime Minister Yoshihide Suga said the government is acting “with a sense of urgency” and would announce a decision Friday on widening anti-infection measures.

Tokyo’s current virus emergency, which shortens restaurant and bar opening hours and bans them from selling alcohol, is due to end August 22, but the government plans to extend it until the end of the month.

The extension will also apply to the emergency in southern Okinawa, and the restrictions will be expanded to three more regions around the capital and the western hub of Osaka, government spokesman Katsunobu Kato told reporters on Friday.

He noted infections are still rising in Tokyo and Okinawa despite the virus emergency, with the more contagious Delta variant accounting for around half of new cases in the capital.

“We are very concerned,” he added.

The Tokyo Games, which kicked off on July 23, are being held under strict virus rules, including a spectator ban at almost all events and regular testing for participants.

But Haruo Ozaki, chair of the Tokyo Medical Association, warned Thursday that the Games were having an “indirect impact” on Japan’s virus situation.

“People find it hard to think about self-restraint when we’re having this festival,” he said.

Japan’s coronavirus outbreak has been less deadly than in some countries, with around 15,000 deaths in total, despite avoiding harsh lockdowns.

Just over a quarter of the population has been fully vaccinated, and Suga said Thursday that inoculations were bringing down infection rates among the elderly.

Experts have called on people not to let down their guard and Tokyo government officials have urged younger people to get jabbed.

The Olympics will run until August 8, with the Paralympics taking place from August 24 to September 5. A decision on Paralympic spectators has not yet been made.

It brings the total this month to 225, including 98 who came from abroad for the Games.

Organisers say around 39,800 people have come to Japan for the event, and deny the Games is driving infections.

“As far as I’m aware there’s not a single case of an infection spreading to the Tokyo population from the athletes or Olympic movement,” International Olympic Committee spokesman Mark Adams said Thursday.

In this article:Japan, Olympics, Pandemic