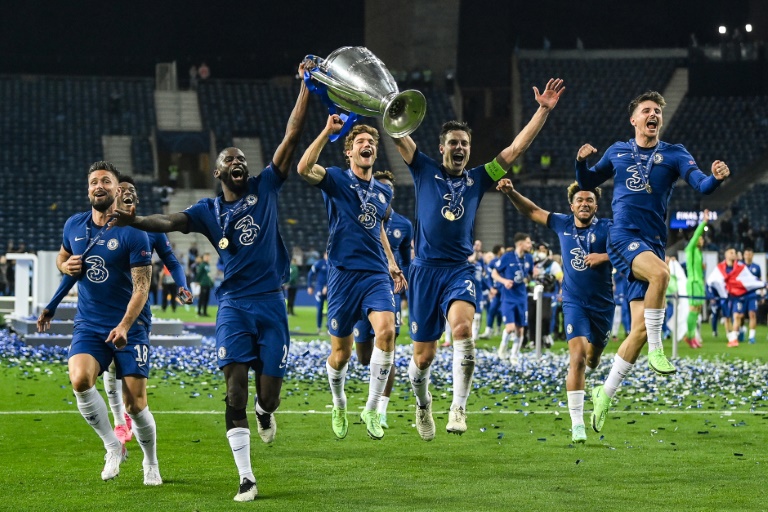 Secretary of State for Digital, Culture, Media and Sport Nadine Dorries said she had issued a licence permitting the deal, hours after it won approval from the Premier League on Tuesday evening.

“We are satisfied the proceeds of the sale will not benefit Roman Abramovich or other sanctioned individuals,” Dorries tweeted.

“Given the sanctions we placed on those linked to (Vladimir) Putin and the bloody invasion of Ukraine, the long-term future of the club can only be secured under a new owner,” she said.

A consortium led by Boehly, a co-owner of baseball’s Los Angeles Dodgers, had agreed a record deal to buy the club from Abramovich earlier this month.

The Russian put Chelsea on the market in early March, just before he was sanctioned by Britain following Russia’s invasion of Ukraine.

Completion of the takeover has been a lengthy process due to government concerns over the potential for Abramovich to profit from the sale.

Earlier this month, the deal seemed close to collapse over concerns proceeds would not reach good causes as promised by the outgoing owner.

The Russian, who bought Chelsea in 2003, denied he had asked for his £1.5 billion loan to the club be repaid when the sale was concluded.

The total value of the deal smashes the previous record for the sale of a sports team — $2.4 billion for the New York Mets baseball franchise in 2020.

Chelsea have been forced to operate under a special licence since Abramovich was sanctioned.

The billionaire, also the target of European Union sanctions, was described by the British government as part of President Putin’s inner circle.

The asset freeze imposed on Chelsea meant they could not conduct any transfer business with either existing players or external targets.

The Blues will be now be able to return to business as usual — and there will be no time to lose in reconfiguring the playing squad.

Thomas Tuchel’s side, who won the Champions League last season, finished third in the Premier League — 19 points behind champions Manchester City — and were beaten by Liverpool in the finals of the FA Cup and League Cup.

The German manager is set to lose key defenders Antonio Rudiger and Andreas Christensen on free transfers to Real Madrid and Barcelona.

Tuchel, in an interview on Chelsea’s website conducted before the sale was confirmed, said the club had been operating at a “huge disadvantage” and would need to be nimble in the transfer market.

Reports on Wednesday said the former Paris Saint-Germain boss would be handed a £200 million transfer kitty.

Chelsea have been transformed since Abramovich bought them in 2003 for just £140 million at a time when Manchester United and Arsenal were the dominant forces in the Premier League.

They evolved from a club on the brink of a financial crisis into one of the richest in the Premier League thanks to the deep pockets of the Russian, who routinely bankrolled blockbuster transfers.

He was rewarded with a staggering 19 major trophies in his 19-year reign — including five Premier League titles and two Champions League triumphs.

Abramovich’s arrival at Stamford Bridge also set a trend for a wave of foreign investment in the Premier League.

Chelsea’s 42,000-capacity Stamford Bridge home is in need of major redevelopment to match the stadium size and income streams enjoyed by their rivals.

But Boehly has a track record of delivering both stadium improvement and sporting success with the Dodgers.

Thanks to heavy investment in players, the Dodgers have made the MLB (Major League Baseball) playoffs every season for the past nine years and won their first World Series for 32 years in 2020.