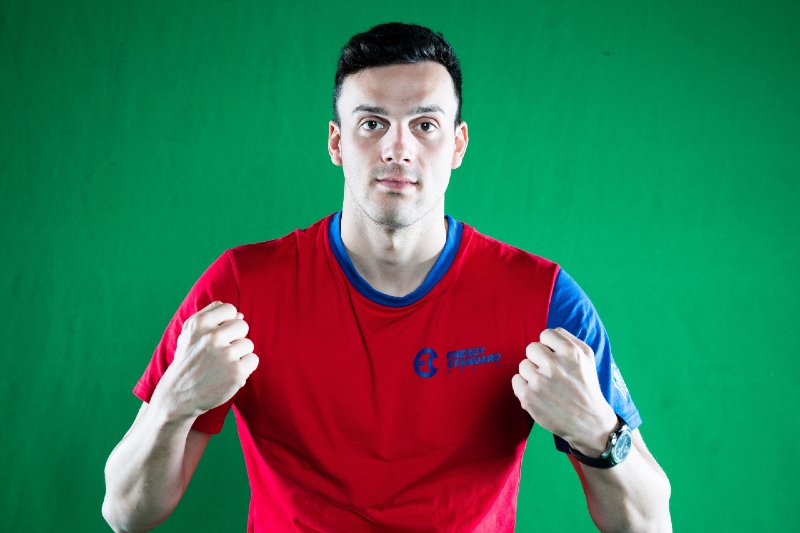 At the Tokyo Summer Olympic Games, Guy won two gold medals in the men’s 4×200 meter freestyle relay and the inaugural mixed 4 × 100 meter medley relay; moreover, Guy won a silver medal with Team Great Britain in the men’s 4 x 100 meter medley relay. “It was great,” he said. “It was a nice surprise to finally get the dream done. To be an Olympic champion is pretty special.”

He is excited to be competing for Energy Standard with James Gibson, MBE as the team’s General Manager. “It feels really good actually,” he said. “I was with the Energy Standard team in 2018 for a few days and to come back with the team that we have now is fantastic. I’ve known James Gibson a long time so to be under his guidance is very special.”

“James is a great coach and he knows exactly what we need to do,” Guy said. “Being with him is really really good. He knows what the athletes need, which is something that is really important. James looks after everybody and what they need. I think he is really good and professional.”

“We’ve got a great team and I think that we can do great things in the next few weeks,” Guy added.

Guy had great words about team co-captain Chad Le Clos. “I’ve known Chad Le Clos for a long time and it is great to see him every day and be on the same team as him. Chad is a good guy and he has a great spirit around him and he is full of energy. To be with Chad and to race against him and with him is truly remarkable. It is always good to be around Chad,” he said.

On his daily motivations, he said, “I am motivated by my love for the sport and trying to improve every day. I am a lot happier this year compared to last year’s ISL in the Budapest series. This time, I had a big break and I am proud to be racing how I am racing now. I am very surprised by how well I swam. Being happy is important and I try to improve every day.”

Advice for hopefuls in swimming

JG Performance Camps was created in 2019, with the idea of helping young up-and-coming athletes who are aspiring for improvement.

His goal in life with JG Performance Camps is to help kids and to help swimmers get better. “Practice is the most important thing and if they can learn one thing from my day that is also important,” he said.

On the title of the current chapter of his life, Guy shared, “Moving Forward from Tokyo.” “Once January comes, I am getting ready for next year, which will be a big year,” he said.

Favorite strokes in the sport

Guy listed the butterfly and the freestyle as his personal favorite strokes in the sport of swimming.

Guy had great words about American swimmer Michael Andrew. “I’ve known Michael since 2014 and we’ve been friends ever since. Michael is a good guy and he has good family values. I like him,” he said.

Guy complimented the photographic work of sports photographer Mine Kasapoglu. “Mine is amazing. She has a good heart and she is lovely to speak to about anything,” he exclaimed.

Guy defined the word success as “being happy with the outcome, whatever that may be.” “As long as you are happy with the end result, and you’ve done your best, then for me, that’s success,” he said.

For his fans and supporters, Guy concluded, “I am very grateful, especially to the people that believe in me and my sponsors. They kept believing in me and it paid off, and I am in a good spot. The old James Guy is back and I am happy again, which is great to see.”