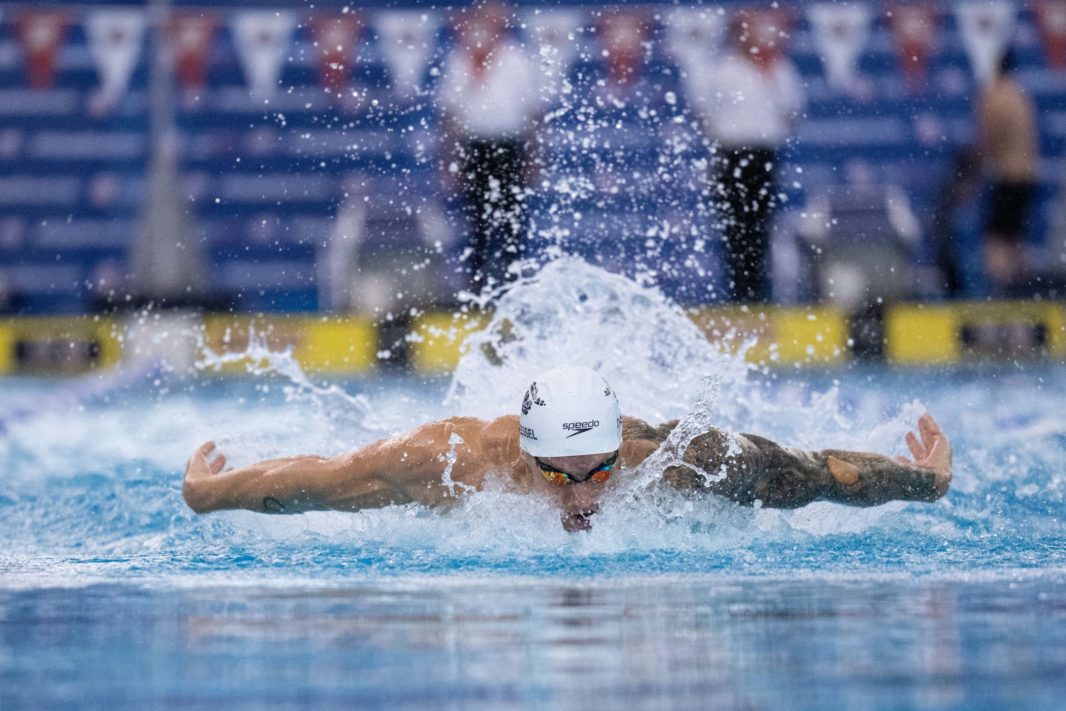 The world’s fastest swimmer, Caeleb Dressel, has a major reason to be proud. He swept all of his races at the 2022 Phillips 66 International Team Trials.

As a result, Dressel punched his ticket for the 2022 World Championships in Budapest this summer, and he qualified in four individual events. These include the men’s 50 and 100 meter freestyle events, as well as the 50 and 100 meter butterfly events.

The 2022 FINA World Championships will take place from June 18 to 25 in Budapest, Hungary.

On his new U.S. Open record, Dressel stated, “I actually had no idea. I didn’t know it was that until [the Olympic Channel] interview. I’m happy with it. We’re not going for times here, we’re going for place so I’m fine with it. Still have a lot to clean up though.”

Dressel opened up about executing his race plan: “It’s all right. Kind of stale, I didn’t have the pop, this morning was a lot smoother. That’s the whole point of Trials, making it through. We got the job done. Day off tomorrow then the 50 free so we’ll be good.”

He expressed that he was “happy with the time.” “I haven’t really seen any fast times all year, so to see a 47 right now, I’m just really happy with it. I got nothing to complain about,” he explained.

In the men’s 50 meter freestyle final, Dressel won with a time of 21.29 seconds, which is the fastest time in the world thus far in 2022.

On this race, Dressel remarked, “I wanted to have a better swim than this morning – we did that. Had to fix the little things…I wanted to do my part just as much as anybody else. I’m very much looking forward to this year. It’s a short season. I can’t believe we’re already around the corner from World Championships. I’m like one of the old guys on the team now, which is really weird, but I’m excited.”