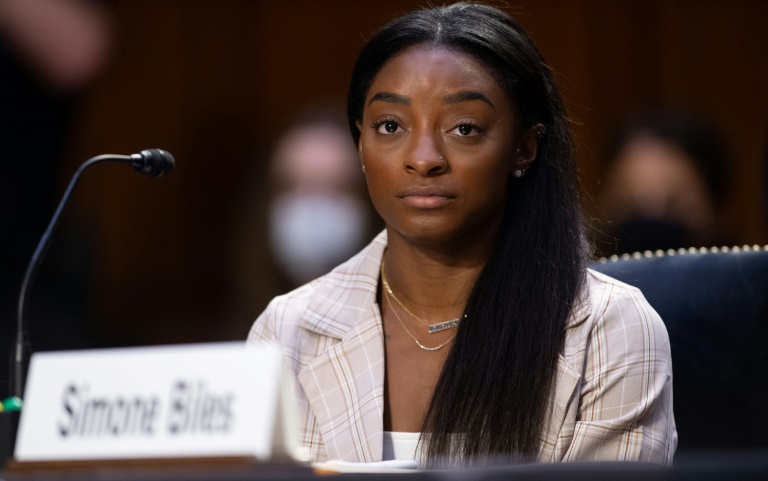 Simone Biles, Aly Raisman and other star US gymnasts filed a $1 billion claim against the FBI on Wednesday for mishandling of the investigation into sexual abuse by predatory former team doctor Larry Nassar.

Nassar, 58, is serving a life sentence after pleading guilty in late 2017 and early 2018 to sexually assaulting athletes while working as a sports medicine doctor at USA Gymnastics and Michigan State University.

Hundreds of women — including Olympic gold medalists Biles, Raisman and McKayla Maroney — have accused Nassar of sexually abusing them during his more than two-decade career.

Biles, Raisman and Maroney are among the more than 90 women who have filed the federal tort claim against the Federal Bureau of Investigation, the law firms handling the case said in a joint statement.

“The majority of claimants consists of over 90 young women and girls who were abused after 2015 due to the FBI’s failure to take required steps to protect them,” they said.

The claim against the FBI comes just days after the Department of Justice announced it was not bringing any charges against two now retired FBI special agents who mishandled the Nassar investigation.

“My fellow survivors and I were betrayed by every institution that was supposed to protect us — the US Olympic Committee, USA Gymnastics, the FBI and now the Department of Justice,” Maroney said in a statement.

“I had some hope that they would keep their word and hold the FBI accountable,” she said. “It is clear that the only path to justice and healing is through the legal process.”

The law firms said the FBI received credible complaints in July 2015 of Nassar’s sexual assaults and was “then able to immediately end Nassar’s predation.”

“However, the FBI was grossly derelict in their duties by declining to interview gymnasts who were willing to talk about the abuse,” they said.

“As a result, Nassar continued his predatory behavior, sexually assaulting approximately 90 young women and children between July 28, 2015, and September 12, 2016,” they added.

An FBI spokeswoman declined to comment on the legal claim but pointed reporters to testimony before a Senate committee in September 2021 by FBI director Christopher Wray.

Addressing Nassar’s victims, Wray said: “I’m especially sorry that there were people at the FBI who had their own chance to stop this monster back in in 2015 and failed.”

“That’s inexcusable,” the FBI director said. “It never should have happened. And we’re doing everything in our power to make sure it never happens again.”

Nassar’s victims reached a $380 million settlement with USA Gymnastics last year, one of the largest ever recorded for victims of sex abuse.

USA Gymnastics filed for bankruptcy in 2018 after a tidal wave of allegations against Nassar swamped the organization.

Michigan State University reached a $500 million settlement with hundreds of Nassar’s victims in 2018.

In this article:Abuse, FBI, gymnastics, oly, US