From pop icons to athletes, and everyday blokes with nothing more than goodwill in their hearts, people of all nationalities and religions are stepping up to help in the deadly bushfire crisis that has engulfed Australia, reports The Guardian.

American pop star Pink donated $500,000, while comedian Celeste Barber appealed to her thousands of social media followers to chip in and help. They did, to the tune of more than $12 million, according to abc.net.au.

Even tennis bad boy Nick Kyrgios has chipped in, becoming emotional when asked about the fires after his ATP Cup victory last night. But it’s not just cash that is being offered. The United States and Canada has deployed firefighters to help in fighting the fires, according to Wildfires Today.

This pharmacist in Malua Bay, NSW is keeping his doors open for patients, despite losing his own home to the bushfires #AustraliaBurning pic.twitter.com/W6CD19NWI5


The National Interagency Fire Center in Boise, Idaho announced on their Situation Report in late December that a total of 47 fire personnel had been deployed to Australia from the United States, while the number of Canadian firefighters stationed in Queensland and New South Wales has reached 87 in number.

Closer to home, a Facebook group in Canberra has grown to over 6,000 members, all offering accommodations, food and water, and other necessities. The page is called Bushfire Emergency accommodation in Canberra, and reading some of the posts is heartwarming. 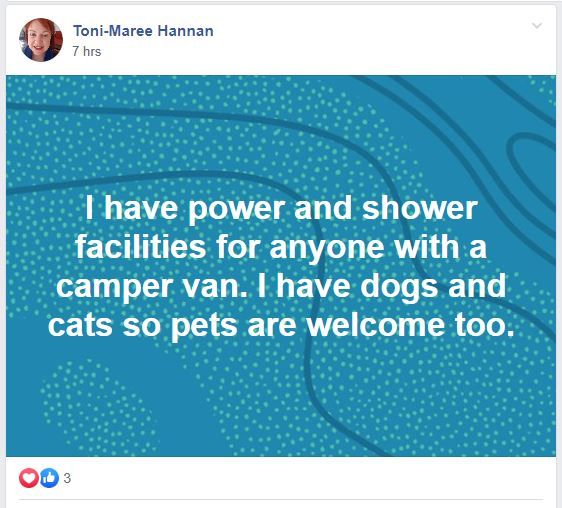 This post is just one of hundreds letting peoplem know there are resources and places to be safe.
Bushfire Emergency accommodation in Canberra

Australia’s refugee and immigrant communities have also been organizing support for those displaced by the fires. On Thursday the Australian Islamic Centre in Hobsons Bay, Victoria, issued a call out for donations of funds and essential food and supplies through social media and its community networks. It also held a sausage sizzle on Friday that raised $1,500 for bushfire relief.

The Muslim community has been involved in volunteer efforts since the fires started in New South Wales in November. The Afghan community group – the Kateb Hazara Association made an $18,252 donation to the Rural Fire Service.


Comedian Celeste Barber raised close to $5.5 million in donations in 24 hours for firefighting services after posting an appeal to Instagram. The images of the scary yellow light seen from inside her mother-in-law’s house don’t need any further desxcription. 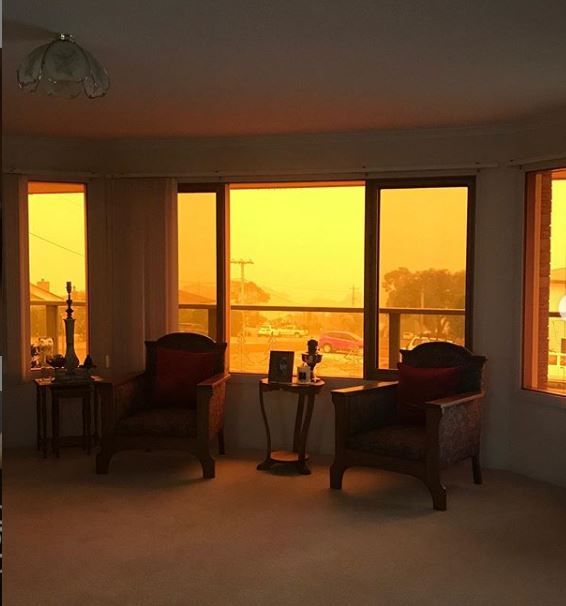 celestebarber: This is my mother in laws house. It’s terrifying. They are scared. They need your help. International donations can be made via the link in my bio.
Celeste Barber
In this article:Australia, bushfires, Celebrities, Communities, Donations, Goodwill