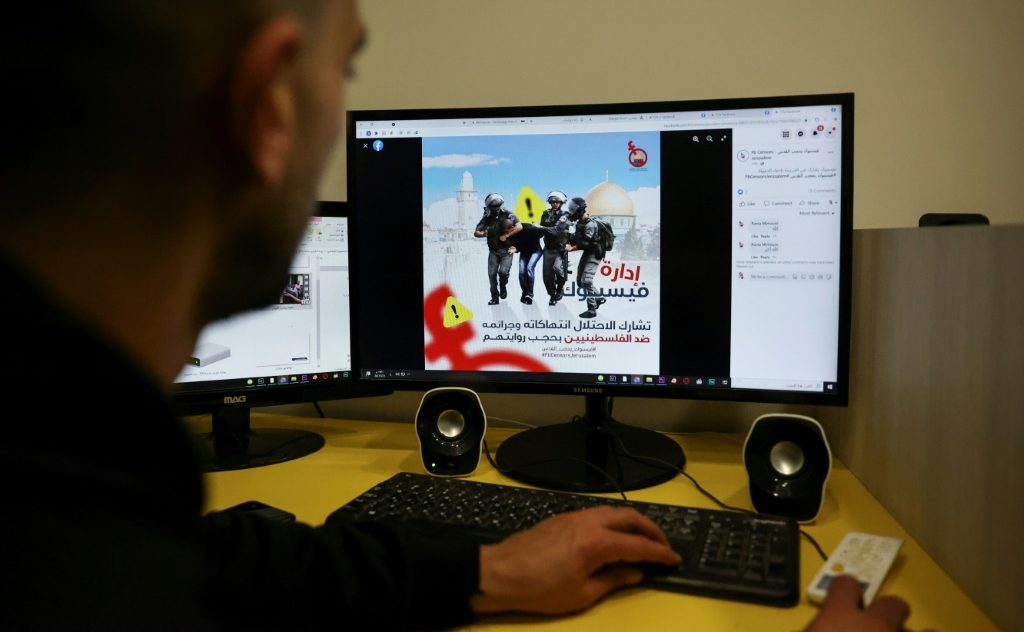 Palestinian journalists have raised the alarm over what they describe as unjust suppression of their content on Facebook, a claim backed by rights groups but rejected by the social media giant.

On December 4, Palestine TV correspondent Christine Rinawi posted a video on her Facebook account in which Israeli security forces were seen shooting a Palestinian on the ground, killing him. He had just carried out a knife attack on an Israeli civilian.

Shortly after she posted her video, Rinawi, who has nearly 400,000 followers, noticed it had been removed from her account. 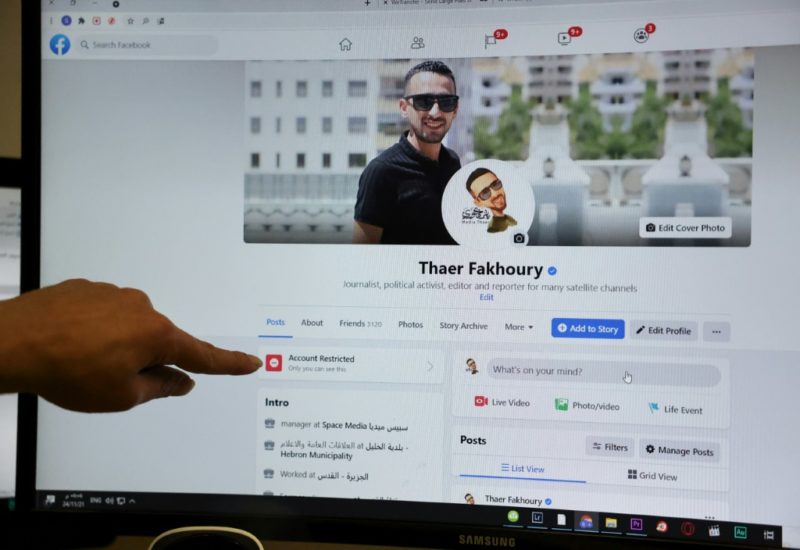 According to monitoring centre Sada Social, 600 Palestinian accounts or pro-Palestinian Facebook posts were restricted or deleted in 2021. — © AFP

This was not her first experience with Facebook’s enforcement, and Rinawi said her account had already been restricted after she shared footage of a November attack in Jerusalem.

In both cases, Facebook said it intervened because the posts violated the platform’s standards.

A spokesperson for Facebook’s parent company Meta said its policies “were designed to give everyone a voice while keeping them safe on our apps”.

“We apply these policies to everyone equally, regardless of who is posting.”

Allegations of pro-Israeli bias at Facebook have simmered for years and were renewed in October when Human Rights Watch, a vocal Israel critic, said the platform had “suppressed content posted by Palestinians and their supporters speaking out about human rights issues in Israel and Palestine”.

Palestinian reporters have cited multiple incidents they describe as censorship.

One popular online news outlet, Maydan Quds News, may even have to fire reporters after its main Facebook page with 1.2 million followers was deleted, a source who requested anonymity told AFP.

The Meta spokesperson told AFP it has “a dedicated team, which includes Arabic and Hebrew speakers, who are focused on keeping our community safe by making sure we’re removing harmful content”. 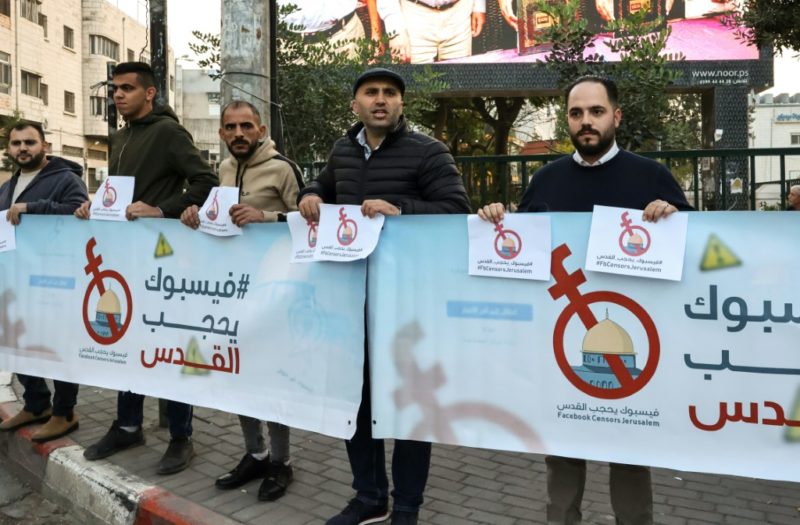 Palestinian activists and journalists protest against what they consider censorship of Palestinian content by Facebook. — © AFP HAZEM BADER

t also strives to address “any enforcement errors as quickly as possible so people can keep sharing what matters to them”.

In the midst of a bout of fighting in May between Israel and armed factions in the Gaza Strip — the worst in years — Facebook had acknowledged widescale deletion of Palestinian posts, ascribing it to a technical bug that it sought to fix.

Rama Youssef, a Jerusalem-based journalist who volunteered for the campaign, said Facebook hews to an Israeli point of view and has “double standards”.

The Arab Center Washington DC think-tank said the Israeli government also pushes to censor “tens of thousands of posts and accounts” that support a Palestinian point of view.

Meta did not answer AFP questions about requests from the Israeli government.

But the company denied accusations of bias, saying its community standards prohibit violence, terrorism, hate and large-scale criminal activity, as well as posts supporting those subjects.

In February, then-diaspora affairs minister Omer Yankelevich presented Facebook, Google, TikTok and Twitter with proposals to beef up the fight against anti-Semitism, saying it was “running rampant” online.

He said the site appeared to target the word “shahid”, Arabic for martyr, which Palestinians frequently use to describe people killed by Israeli forces, including those who carried out attacks.

Rifai told AFP that Facebook insisted it is bound by American standards which consider “attackers to be terrorists”, not martyrs to a political cause.

But he said censoring the term wholesale ignored the wider context of the Israeli-Palestinian conflict.

Meta did not respond to a question about its policies regarding the use of the word “shahid”.

But it said it reviews posts according to its own policies, as well as “local laws and international human rights standards”.

Rifai said he was concerned that deleting accounts might discourage Palestinians from “engaging with pivotal issues” for fear of losing “their digital history and presence”.

He said he obtained from Facebook “promises to improve the working mechanisms of the algorithms so as to differentiate between journalistic content and ordinary content”, but he feared they offered “temporary rather than radical solutions”.