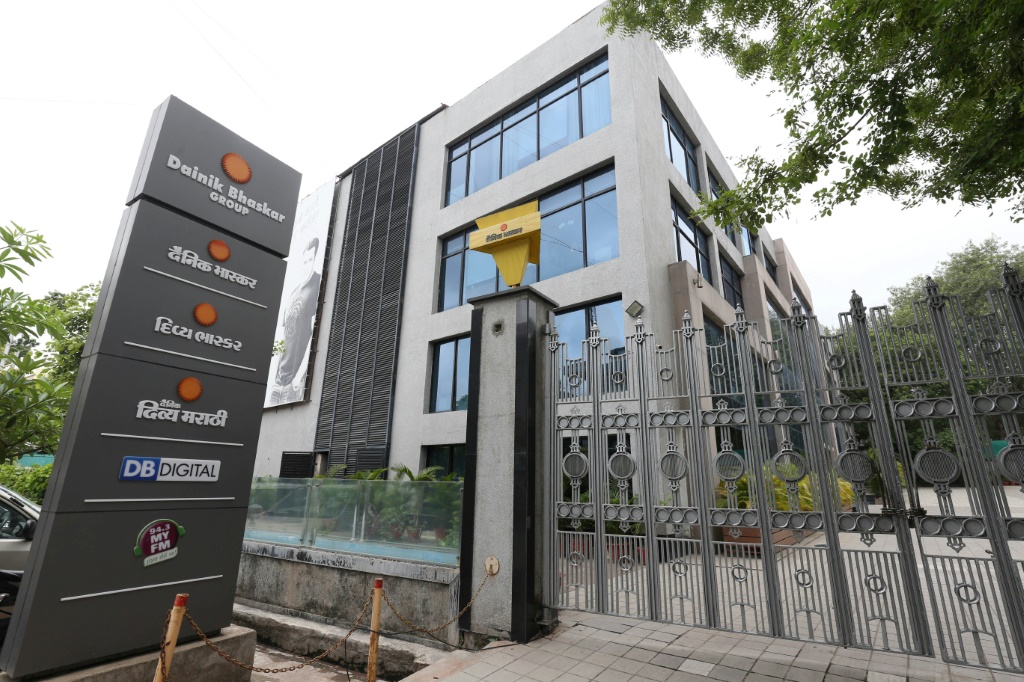 Indian tax authorities on Thursday raided a prominent newspaper and a TV channel that have been critical of the government’s handling of the coronavirus pandemic, triggering accusations of intimidation.

There was no official comment from authorities on the raids against Hindi-language daily Dainik Bhaskar and the Bharat Samachar channel but local media quoted unnamed tax officials as saying they had “conclusive evidence of fraud”.

Boasting a readership of millions, Bhaskar has carried a series of reports on the devastation caused by the pandemic in April and May and criticised the government’s management of the crisis.

The daily said on its website Thursday in response to the raids that in the last six months it had sought to “put the real situation in front of the country”.

“Be it the matter of (throwing) dead bodies in the Ganges or… hiding deaths due to corona, Bhaskar showed fearless journalism,” it said.

At the height of the Covid-19 outbreak, families in India’s north and east gave up the bodies of their loved ones to the river or buried them in shallow graves on its banks, likely unable to afford the cost of funeral pyres.

Last month, the daily’s editor Om Gaur wrote an op-ed in the New York Times saying the bodies in the Ganges were symbolic of the “failures and deceptions” of Prime Minister Narendra Modi’s administration.

Brijesh Mishra, editor in chief of Bharat Samachar, said the raids were harassment.

“We are not afraid of these raids… we stand by the truth and the 240 million people of Uttar Pradesh,” he was quoted as saying in Hindi on their website.

Modi’s government has long been accused of attempting to stifle critical reporting in the world’s biggest democracy, something it denies.

On Reporters Without Borders’ 2021 press freedom index, India ranks 142nd out of 180 countries.

Ashok Gehlot, chief minister of the northern state of Rajasthan, said the raids were a brazen attempt to suppress the media.

“Modi government cannot tolerate even an iota of its criticism,” Gehlot, who is from the opposition Congress party, wrote on Twitter.

New Delhi Chief Minister Arvind Kejriwal tweeted that the raids were “an attempt to scare the media”.

India has officially reported 31 million coronavirus infections and over 400,000 deaths so far, but experts say the actual figures could be much higher.