Ever wanted to find out what a viral video sensation should do to keep its momentum? Digital Journal goes behind the scenes of the YouTube hit, Lonelygirl15, to discover the rationale behind product placement, spin-offs and planting clues on Craigslist.

Digital Journal — It’s a typical YouTube confessional: a bright-eyed teen explains her reaction to a new girl in her life, shows a screenshot of her YouTube page, and then meanders into gibberish about cloning. The production quality is gritty, the sound is average at best, and there isn’t much happening except for a talking head (correction: a pretty talking head). So why has this three-minute vid logged 118,000 views and 1,200 comments within three days?

The video is part of the Lonelygirl15 epic, a Web-only fictional series that won over millions of Netizens when it first debuted in June 2006. Back then, fans thought the series was real — they actually cared about the 16-year-old Bree who lives with overprotective parents who are part of a cult called “the Order.” In a matter of months, it was soon revealed that Lonelygirl15 was a staged production, and Bree was outed as actress Jessica Lee Rose.

Don’t think that slowed the show’s popularity. If anything, more people clamoured to see what all the fuss was about, to find out what was so appealing about a girl’s now-fictional diary entries whispered over webcam. In this era of successful online-video series (like Ask a Ninja and Red vs. Blue), how does Lonelygirl15 keep its street cred and turn a profit? What makes a video go — and most importantly — stay viral?

“We’re catering to a Net audience,” Miles Beckett, the show’s co-creator and director, told Digital Journal in a phone interview. “We use traditional storytelling elements of film and television, but add mysteries and puzzles for our fans to figure out.” Beckett said a series that plants clues, like Lost does on the boob tube, is complementing entertainment value with interaction. No longer are viewers content to watch shows without any challenges; today, Beckett pointed out, people are looking for more meat to the entrée of online programming.

For instance, the Lonelygirl15 creators will drop clues into Craigslist postings or Rose’s MySpace page. “The Net is interactive, and we wanted the storytelling to extend like a spider web to sites people can visit,” Beckett explained. He added another metaphor: “The videos are like onions, with many layers for viewers to see. They can be as involved as they want.” 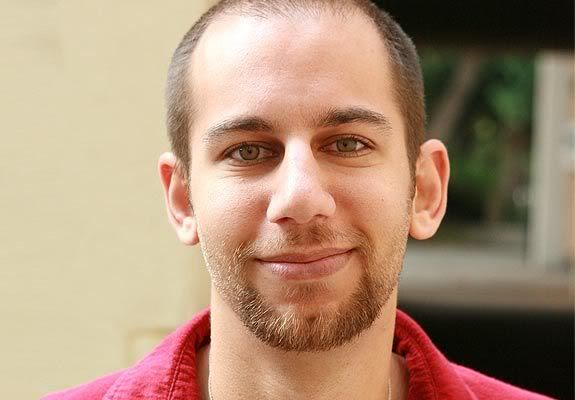 Miles Beckett helped produce Lonelygirl15, which debuted in June 2006 and now pulls in 300,000 viewers per video
Beckett’s colleague, series co-creator Greg Goodfried, related another example in an interview with Adweek. “Daniel [Bree’s boyfriend, whose fictional Web diary is being taped] will get a package and inside is a Flash drive that is password protected. On top of the package will be a postcard with a riddle. We’ll have Daniel turn to the camera and say, ‘Will you guys help me solve the riddle?’ The fans go to our site, get together in chat rooms and collectively solve the riddle. In the next video, Daniel will say, ‘Hey, Tim in Montgomery, Ala., thank you for solving the riddle.’”

Giving the public the choice to participate in the plot is next-level type of thinking. The webisodes don’t just stay static, but instead become murder-mysteries available free to everyone. That allure, along with a rainforest’s worth of spilled ink in publicity, has rocketed Lonelygirl15 to impressive heights — each video attracts around 300,000 viewers.

Almost a year since its debut, the series is giving the 10 staffers enough work to make them sweat through story meetings, shoots and editing sessions. They release three to five episodes weekly on YouTube and their own site. “I work seven days a week on Lonelygirl15, and I barely take a vacation,” Beckett admitted. His life today is a far cry from his work as a plastic surgeon, which he quit when Lonelygirl15 went viral. He doesn’t mind missing out on the profits from boob jobs and collagen injections: “Medicine wasn’t for me. I love the Net too much.”

The rush-rush lives of the series producers today is paying off: the Lonelygirl15 site generates $10,000 US monthly in ad revenue, and Beckett is introducing a Lonelygirl15 spinoff for British audiences through the social-networking site Bebo.

“Many social network companies are looking for entertainment to encourage users to keep coming back to the site,” Beckett said, adding how his team will recoup costs by “going after ad revenue and splitting it with Bebo.” 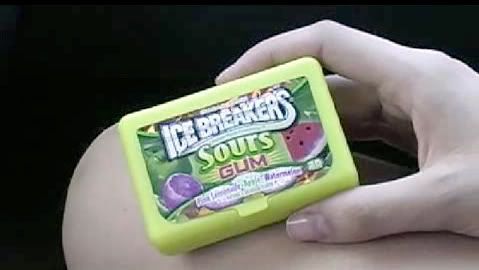 In a recent Lonelygirl15 episode, Bree shared some Ice Breakers Sours Gum with her friends. Hershey inked a deal with the show to extend its brand in the popular online series
Money doesn’t fall from the sky for online-video producers, which might explain the product-placement deals Lonelygirl15 has inked with several companies. Hershey came on board, and last month Bree was digging into Ice Breakers Sours Gum in a show titled Truckstop Reunion. Will corporate sponsorship spark a backlash from viewers who want name brands separated from their favourite online serial?

“Our characters live in the real world, so they should hold up a can of Coke, not generic cola,” Beckett said. “After we brought product integration into the series, more than 90 per cent of the responses we got were overwhelmingly positive. Some viewers even admitted they bought the gum because of Bree.”

When online-only actors can influence consumer choices, you know the show has reached a tipping point. With geek appeal comes responsibility to keep those short attention spans stuck to the storyline. Beckett said he recognized the importance of keeping the videos a viral sensation, with or without a hefty marketing budget.

“We focus on community and interactivity, because we see the Net as a new way to tell stories,” Beckett said. “And not every story works for the Web. A sci-fi series wouldn’t survive only because of the costs involved. But a series on college students can be told out of a dorm room.”

And in that dorm room, Rose is the star. She doesn’t have to work at TGI Fridays anymore; Lonelygirl15 is her full-time gig— and persona, whether she likes it or not. Rose can’t go out shopping like an everyday person; then again, Beckett said she is far from an everyday actress.

“She’s like Cameron Diaz, with natural comedic timing,” Beckett said. “She’s also good at pulling off serious moments.” Her online success is translating to real-time fame: she will star in an upcoming Lindsay Lohan film, and today she won a Webby Award for Best Actress.

Despite the fame and page hits, the series has yet to turn a profit. Beckett mentioned how the series has found an angel investor, and product integration is fattening some pockets, but the Lonelygirl15 execs are banking on the British series — dubbed KateModern — to offset costs of the main show.

So will Lonelygirl15 remain on the Web, where it was born? “We’ve been thinking of compiling episodes on a DVD, and I’ve been working on that for awhile,” Beckett said cautiously, noting there’s no date finalized for a DVD release.

It only makes sense for a wildly popular online series to thrive on a medium known to encourage fan participation. Unlike a network show trying to play catch-up by setting up a dedicated video site, the Lonelygirl15 crew is already coasting on its lead start. The videos have made stars out of nobodies, series directors out of doctors. Lonelygirl15 is getting serious by spreading the stories across the pond and by signing marketing deals. Like a teen learning tough life lessons, the series is growing up fast. And also like any raging bundle of hormones, Lonelygirl15 is looking for acceptance in a new media world where innovators truly stand out.