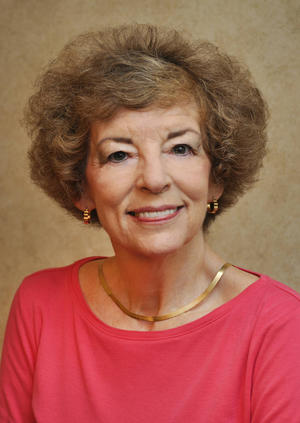 WILMINGTON, NC, February 11, 2022 /24-7PressRelease/ — According to a Wikipedia article, “The Feast of Saint Valentine was established by Pope Gelasius I in AD 496 to be celebrated on February 14 in honour of Saint Valentine of Rome, who died on that date in AD 269. The day became associated with romantic love in the 14th and 15th centuries when notions of courtly love flourished, apparently by association with the ‘lovebirds’ of early spring. In 18th-century England, it grew into an occasion in which couples expressed their love for each other by presenting flowers, offering confectionery, and sending greeting cards (known as ‘valentines’).”

And we’ve been scrambling to find that one-of-a-kind perfect gift ever since.

Flowers, romantic dinners, candy and cards are appropriate and always delightful, but these gifts are short-lived. This year, we can give a superb gift that can immerse the reader in a romantic experience that can last for many months, if not years.

Where There is Love is a 6-book series of the enduring legacy of love and faith, written by bestselling, award-winning author Donna Fletcher Crow. These are true stories of real people and stirring historic events in England through the 18th and 19th centuries. Society leaders, university dons, famous preachers, celebrated sportsmen, powerful politicians, highwaymen and rogues… Stories told often in their own words as they direct—and are changed by—events of the day.

“A fine novel…Of course, you must have this [series]!” Librarian’s World

Crow said in a recent interview, “I love telling deeply romantic stories that really happened to people. My Where There is Love Series pictures encounters of the heart that have lived through the centuries as young men and women overcame innumerable obstacles and then went on together to change history in ways that still impact us today.

“My heroes and heroines became living, breathing people to me as I visited their homes, universities, and churches, and read their diaries, letters and biographies so I could tell their stories in a way that would put my readers there, on the spot with them in their struggles and triumphs.”

Where Love Begins
Can Catherine Perronet find happiness when her beloved Charles Wesley marries another? Catherine undertakes the joys and hardships of a circuit-ride preaching tour to Canterbury where a French invasion threatens, then must face the terrors of the Great London Earthquake before coming to an understanding of the gentle calling God has for her.

Where Love Illumines
Mary Tudway must choose: a life of pleasure amidst London’s high society or a life of faith and service with the devout Rowland Hill? The story moves through the fashionable worlds of London and Bath as the death of one friend, the elopement of another and the startling unveiling of the Highwayman of Hampstead Heath play their parts in illumining Mary’s understanding so she can make a choice of lasting value.

Where Love Triumphs
Charming, brilliant and lame, Sir Brandley Hilliard believes he can do very well without love of any kind in his life—until he meets the captivating Elinor Silbert. Brandley’s search takes a destructive turn until Charles Simeon, Fellow of King’s College, Cambridge, takes the young gownsman under his wing and shows him a life beyond any his academic pursuits had taught him.

Where Love Restores
Granville Ryder’s harsh up-bringing means he must struggle to find his place in his illustrious family, in God’s work, and in Georgiana’s heart. The story moves from Cambridge to the historic Badminton House, to London to Wales, until the terrors of the Cato Street Rebellion (more dangerous than the notorious Guy Fawkes Plot) lead Granville to restoration and love.

Where Love Shines
In Scutari, the charge of the Light Brigade leaves Lt. Richard Grayson blinded and Jennifer Neville, one of Florence Nightengale’s nurses, devastated. Back in London Jennifer throws herself into charity work and is horrified to learn that Richard’s family’s wealth is built on the potteries where children are subjected to unimaginable brutality. The fight for social justice offers a way out of the darkness for both of them.

Where Love Calls
Hilda Beauchamp believes that God guides the life of every believer—and that it is her job to guide God. Kynaston Studd is on fire to carry the love of God to the ends of the earth, but God seems to be calling his friends there instead; and Hilda is horrified to find herself falling in love with the man she had intended for her sister.

Donna Fletcher Crow is the author of 50 books, mostly novels of British history. She has taken a number of high-level industry awards for her work. Many of her books have been bestsellers in their categories, including ‘A Most Inconvenient Death’, which achieved #1 bestseller status in Christian Suspense. ‘The Fields of Bannockburn’, the epic from which The Celtic Cross Series, Part I: Scotland, The Struggle for a Nation is based, was listed as Fiction Bestseller by Christian Book Distributors and ‘The Banks of the Boyne’, the epic from which The Celtic Cross Series, Part II: Ireland, The Pursuit of Peace is based, hit #3 Best-Selling Fiction.

‘Glastonbury’ is her best-known book, which received the prestigious First Place, Historical Novel, award from the National Federation of Press Women. Readers and reviewers have raved about ‘Glastonbury’, calling it “The best of its kind,” “richly fascinating,” “beautifully researched,” “gloriously evocative,” and “panoramic.” One Amazon reader said, “WHAT a work! Every reader can be enveloped in the sheer scope and quality, every historian be constantly nodding at the precise detail and accuracy, and every Christian can rejoice in the fullness of scripture. For me it is simply beyond descriptive praise. I would urge all who value truth to treat themselves to a feast.”

The Celtic Cross is a 2-part series which begins with Scotland: The Struggle for a Nation. In 4 individual epochs it tells the stories of—’The Keeper of the Stone,’ St. Columba; ‘The Forger of a Nation,’ Kenneth MacAlpin; ‘The Refiner of the Realm,’ Queen Margaret; ‘The Vanquishers of Tyranny,’ William Wallace and Robert the Bruce. Watch for all 6 epochs of Part II, Ireland, The Pursuit of Peace, coming early 2022.