Chris K. Daniels is a young, entertainment renaissance man. Chris is a filmmaker, writer, director, performer, comedian and something of an entrepreneur. This creative, hard-working, breath of fresh air is a thrilling figure to keep an eye on in the entertainment realm. 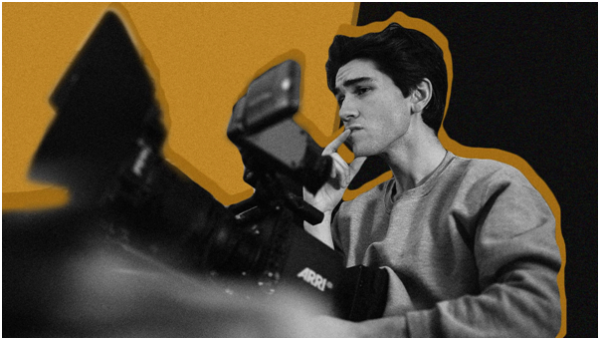 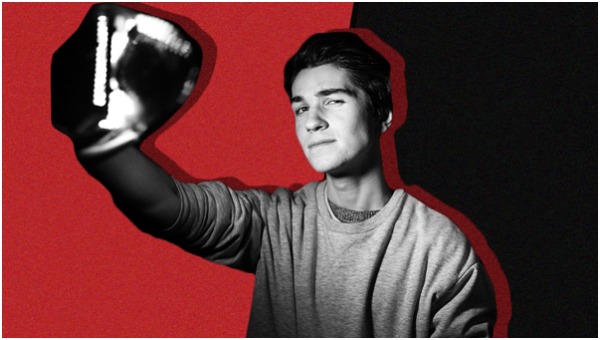 Chris K. Daniels has been a filmmaker in one form or another since he was in elementary school. Yes, you read that right! Chris started exploring storytelling through his goofy little sketches in the fourth grade, and developed his passion in the years to follow. 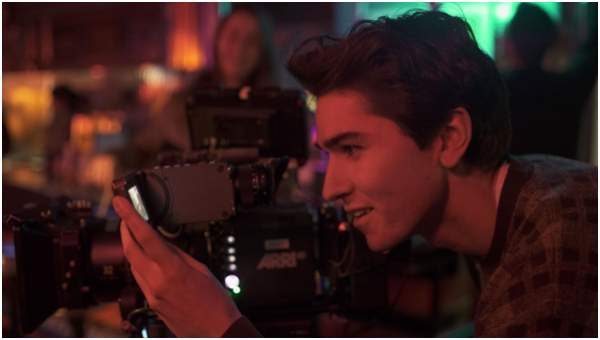 The thing that impresses me most about Chris K. Daniels is his ability to explore and expand his work in such unique ways. This is what drove me to focus this story on Chris. Looking through this young man’s body of work, you see years of exploration and excitement. All of his work feels like it breathes within a beautiful grouping, while still feeling absolutely unique and evolving. His older student films had a very narrative-focus, with a sci-fi tone to the stories, yet one can still feel the traces of style and storytelling voice when you then jump to one of his more recent student films focused in the thriller genre. Then again when you explore his range of comedy content. Which, for reference, is my favorite of Chris’s work throughout the years. I’ll get to that more shortly. 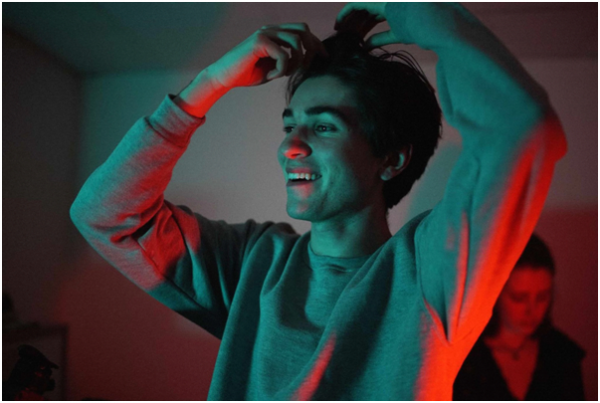 For now, I must drive this point home. Chris K. Daniels has a glorious sense of discovery, compelling storytelling, style and fun within everything he does in the world of entertainment. Some of his work feels more experimental, some of it more narrative. Some of it involves complete shifts to learn and develop specific filmmaking skill sets, some of it focuses on his mastery of fast, clever stylization. Whatever it is, it feels like Chris has a purpose with his work. It feels like all of it is for something! It all means something, and all brings me further into the mind of Chris K. Daniels. Which seems to be a constantly working, inquisitive, and creative one at that. To say the least, I have become a big fan of the body of work Chris K. Daniels has to offer, and I am greatly looking forward to his projects that he’s been working on in recent years that have yet to release! Most especially, For The Good of The People. The massive, false-utopian thriller film co-written by Chris K. Daniels and Jenny Whipple. 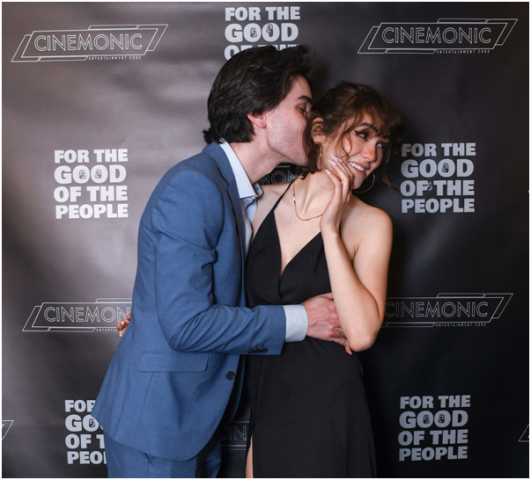 While I love Chris’s narrative short films, I also see them as a device for Chris. A device to explore story, and bring us into the world of what he has to offer. We get to see his attention to detail in story, direction and editing, and they always deliver. Of course, his productions have grown over the years, so it’s quite endearing watching one of his much older short films, where he appears to be filming alone with a DSLR, then looking at the trailer and behind the scenes on For The Good of The People, where Chris is building a world in front of the camera, while directing an entire crew. It makes me joyous to see where Chris goes to next, on this, more narrative side of his entertainment journey.

I mentioned that while I love this narrative work, it’s Chris’s comedy work that I found most intriguing. I should start by mentioning his comedy podcast: Better Off Better. This show is more than a comedy podcast. It’s a goal-oriented, hilarious battle of wit, perseverance, self-betterment and a whole lot of insults. Plus it’s a fun and unique video program that’s found a lovely way of being a “three-camera-setup” set-style, cinematic video podcast with a lot of visual beauty. This podcast is truly something special. It was credited as one of Feedspot’s top comedy podcasts of 2020 and it absolutely deserves it. Chris and co-hosts Jenny Whipple and Sam Caswell are really a dynamic trio. I’m addicted to this show. Chris co-hosts and produces Better Off Better, and it too showcases his attention to detail, and as it turns out, his ability to constantly riff and ensue hilarity. Chris, Jenny and Sam really are all hilarious, and I recommend this podcast to everyone and anyone who enjoys the wonderful world of podcasts. 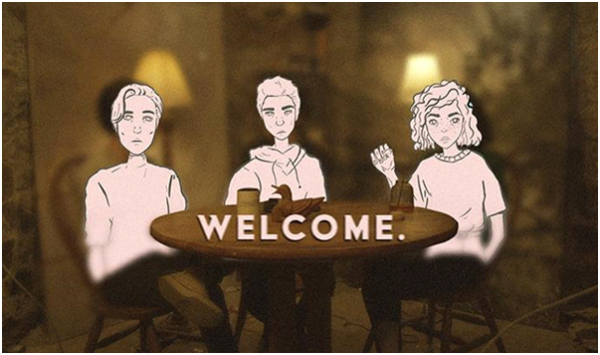 I won’t touch on it too much here, but Chris’s comedy stories span further back than just Better Off Better. In college, Chris created HatefulWorld, where he directed and starred in a series of strange, amazing, hysterical and creative videos jumping around all sorts of various, fleeting passions or rabbit holes within Chris’s mind. From scientology, to Free The Nips, to Vidcon conspiracies, to Italy territorial battles. Again, Chris made this show with Jenny Whipple, and we get to see more of their inspiring dynamic. The two play off each other so well and never fail to make me laugh out loud all throughout these videos. Unfortunately, it seems Chris has put this project on hiatus for the time being. But I wanted to put it out there to note that this further shows my love and appreciation for Chris K. Daniels as a comedic storyteller and performer. 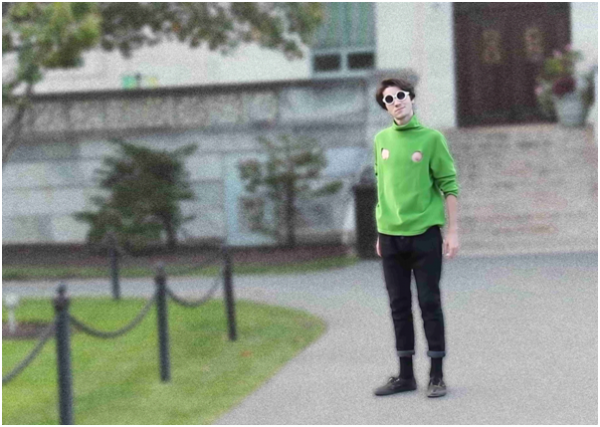 The last thing here that I must mention is Chris’s most recent online-centric entertainment endeavor. Earlier this year, Chris started a series he calls “Money Lore” – wherein, he explores immersive stories surrounding the world of finance, cryptocurrency, stock markets, etc. This series has again managed to utilize style and story to make it completely unique. The community surrounding these videos clearly expresses this, as these videos get a ton of love. Thank god for that! This series has managed to pull me right in, yet again, and become addicted. Chris found a way to make these videos funny as well as story-focused and compelling. This just shows us once again, that Chris is always detail-oriented, and style-first when it comes to his filmmaking execution. It doesn’t matter what the genre, medium or story is. Chris will find a way to put everything in and make sure it does the best job at being amazing at whatever it is. You can find more info about Chris’s “Money Lore” project on youtube at https://Youtube.com/ChrisDaniels 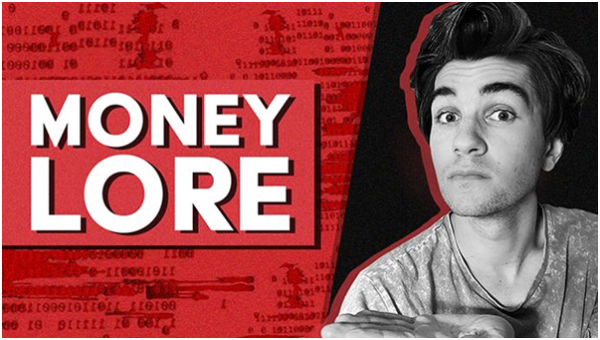 I’ve jumped all around here, and I would say that’s by design. Chris has a sporadic, exciting and visionary way of being and I wanted to do a decent job of showcasing some of what makes him great. Chris is a talented, hard-working entertainment renaissance man. It seems Chris has a lot of projects in development, and that excites me. Other articles have stated that Chris is working on taking his narrative work to the next level, upon his move to Los Angeles, and this excites me too! All-in-all, I am officially on board, keeping my eye on Chris K. Daniels and all his outstanding work to come, as well as that which is already in production. 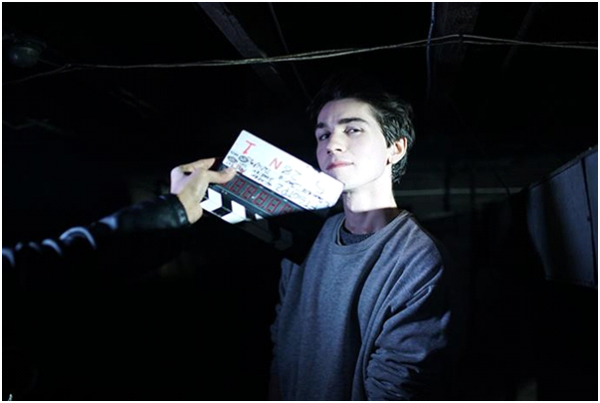