Airlogix, the company behind the successful cargo drone project. Announced the launch of the Hammerhead, an unmanned aerial vehicle (UAV) cargo drone prototype that will “change the game” in the commercial and nonprofit UAV space. This innovation will bring a revolution to the industry however Airlogix has stated that the main goal of the project is to create a new aircraft for the real help of people. The astonishing use of this UAV aircraft is promising.

Despite the fact that the commercial drone market is actively developing (CAGR over 20%) and its usage is expanding from filming to Amazon delivery, there is still a range of essential issues that should be resolved with unmanned aircraft. 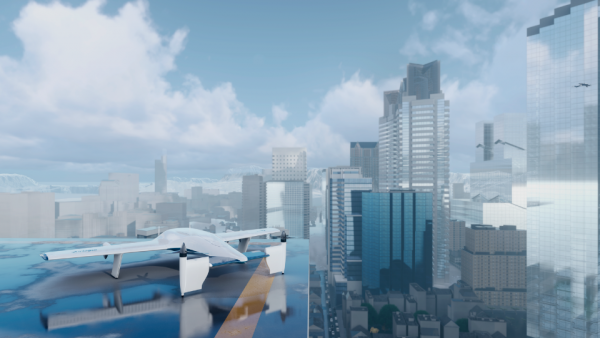 The Hammerhead UAV aircraft‘s goal is to make eco-friendly, easy-to-use, and fully automated cargo drone delivery aircraft that will save lives and reduce the risk with low-cost delivery to any location in the world. Airlogix has announced that “this UAV drone can deliver cargo anywhere in the middle-mile range distance.”

The US-Ukrainian Airlogix team claims that they have managed to resolve this issue with a new model of unmanned aircraft Hammerhead.

It is not a drone that one can take for a journey, but it is a very compact aircraft with impressive technical characteristics. Weighing 80 kg and having a 4.6 m wingspan, Hammerhead can reach speeds up to 90 km/h and transport goods up to 20 kg to a distance of 100 km. The engineers have been able to achieve these technical characteristics due to a combination of operating principles of a quadcopter and an aircraft. Airlogix has developed a design that allows it to switch from hovering and vertical lift to a high efficient forward flight mode. At the same time, the flight remains completely autonomous – the control is provided with Fleet Management Software and Ground Control Station.

Hammerhead is emission-free, it operates only by the energy of electric batteries. It is not a new thing for small quadcopters but it is a substantial breakthrough for a middle-range UAV like Hammerhead. 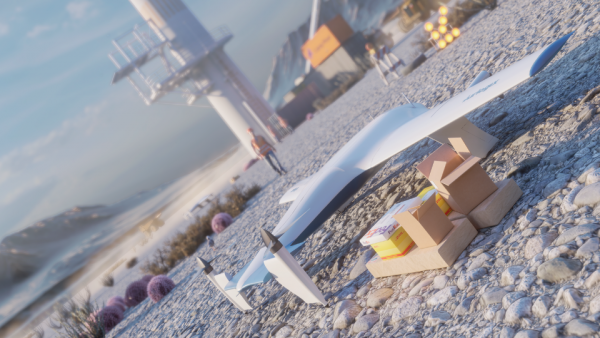 Four-time productivity increase of electric unmanned aircraft allows the delivery of truly essential goods in time. In comparison, American Volans-i has a payload weight of up to 9 kg. The most productive models of German Wingcopter carry up to 6 kg. French Hercules 20 by Dronevolt can boast of a 15 kg payload, but with a flight time of 15 minutes. Other companies are concentrated on the production of much more load-lifting aircraft with hybrid engines. US start-ups Elroy Air and Mighty Fly intend to launch delivery using a drone that can carry loads of up to 225 kg and 180 kg respectively.

Whereas medical containers, emergency kits, components, rescue robots weigh just from 10 to 20 kg. That is what makes Hammerhead demanded.

An average carrying capacity and efficiency allow Hammerhead to operate with flexibility the variety of humanitarian, rescue, and medical missions. Its usage of oil & gas, construction, mining industries makes this environmentally hazardous industry more responsible and brings closer the future of smart cities.

Having started the research & concept design in September 2020, in only 10 months Ailogix has managed to accomplish 3D modeling and fluid dynamics scaled 1:3 prototype model production and test flights. At the moment full-scale model production is being completed to present the Hammerhead at Commercial UAV Expo Americas in Las Vegas, USA on September 7, 2021. 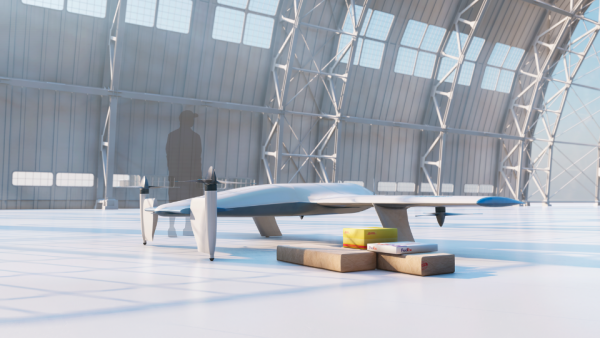 The team is going to accomplish commercial flight pilots, sign contracts, and manufacturing in Q3 of 2022. Airlogix is actively initiating projects with public and commercial organizations in Europe: delivery of medications and portable ventilators to remote areas, equipment for monitoring environmentally dangerous zones, coastal transportation.