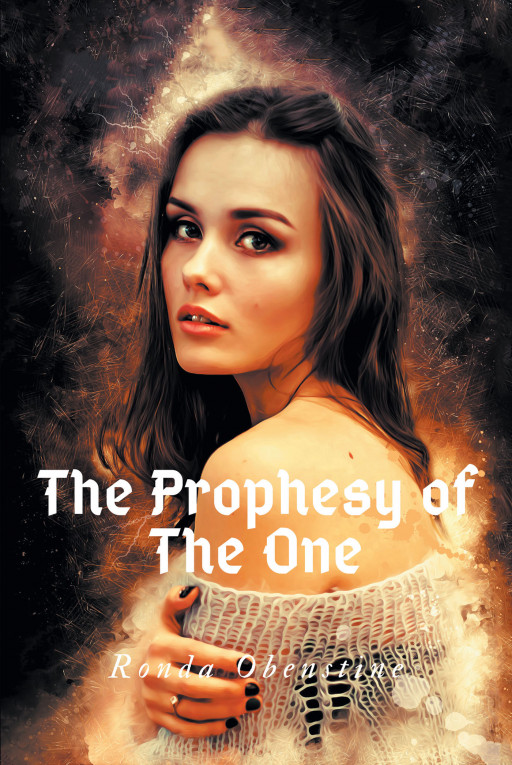 Fulton Books author, Ronda Obenstine, an avid reader of anything romance that involves supernatural creatures, has completed her most recent book “The Prophesy of The One”: a captivating tale of two lonely creatures who found love and healing in each other’s presence. She was blamed, abused, and treated like the lowest of low by her step-mother. He was considered as the greatest Alpha next to the King but is still mateless. Pathetic. They both live a pathetic life. Until the heavens let them cross paths with each other.

Obenstine shares, “My name is Anabella Halsey. I once had a loving father who would move the heavens and the earth to make me happy. However, all that changed on that fateful day in the meadow. We were attacked by something unknown, and he was killed. My family and the whole pack blamed me for his death. Since then, I have been shunned by everyone, made to be a slave in my own house, and beaten nearly every day. All I want is for someone to love me and take me away from this horrible place I once called home.

“I am Alpha Xavier Maximus, the most feared Alpha in all of North America. All I want is to find my mate and be happy. However, it seems that the Moon Goddess has forgotten about me. It has been over two hundred years, and I still have not found her—my one, my only, and my everything. I have given up hope of ever finding her. Maybe she is in another country or dead. My mind says to give up and move on. My heart says not to give up the search so easily. Will I ever find her, or will I be doomed to walk this planet alone?

Will Anabella ever be saved from her wretched existence? Will Alpha Xavier ever find his mate? Come delve into a world where Werewolves, Vampires, and other supernatural creatures exist. If everyone could work together, maybe, just maybe, they might be able to defeat the evil that has been lurking in the shadows for centuries. It has been waiting quietly for just this point in time to change the future. Will this evil succeed, or will it fail?”

Published by Fulton Books, Ronda Obenstine’s book is a fascinating narrative that will pique the interests of paranormal romance lovers like the author herself. Witness how Anabella fulfills her prophecy while entertaining the brewing romance between her and the irresistible charms of a mateless werewolf.

Ronda Obenstine’s novel is a must-read.

Readers who wish to experience this bewitching work can purchase “The Prophesy of The One” at bookstores everywhere, or online at the Apple iTunes Store, Amazon, Google Play or Barnes & Noble.