What is the market scale of NFT? This question is difficult to answer because NFT can represent many distinct asset types. Ownership of bonds and real estate can be expressed in NFT, art, in-game items and music can also be.

People can see the broad classification of different types of NFT from the following figure. 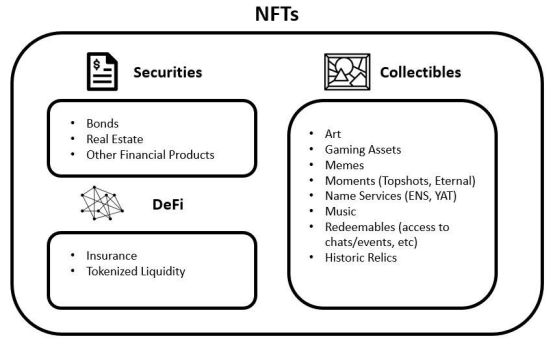 As the main core, the project issuer occupies an important position in the industrial chain of NFT industry. Most of the popular NFT projects in foreign markets, such as Cryptochunks, BAYC, NBA Top Shot and so on, are self-built official websites. Their distribution platforms are mainly to provide non-fungible token creation for individual artists, such as Opensea, Supermare and Act Blocks. Of course, there are also personal casting NFT platforms, mainly Opensea and Rariable. 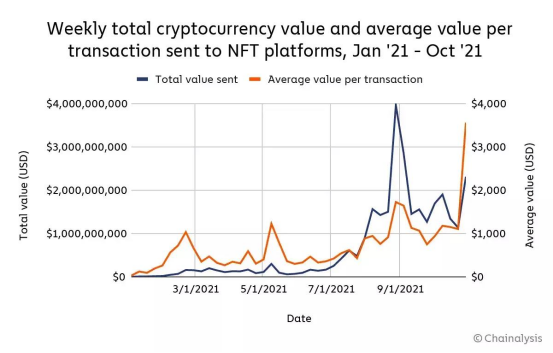 As a platform for individual casting NFT, OpenSea is a decentralized NFT trading platform established in Jan. 2018. It was co-founded by Alex Atallah and Devin finzer. At the beginning of its establishment, most of the transactions and NFT were Cryptokitties which is popular at that time. Today, OpenSea has become an index trading platform of NFT, which is full of all kinds of decentralized works of art. OpenSea is also the exchange with the largest trading volume of NFT at present. Their total trading volume just exceeded $1 billion in August this year. 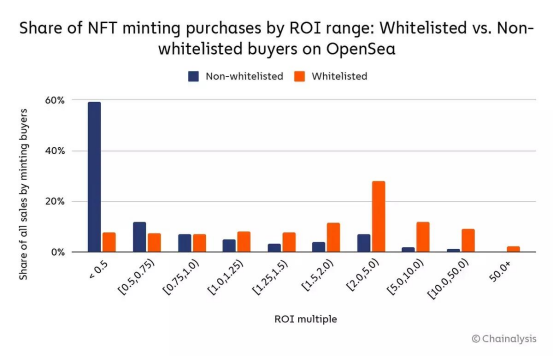 OpenSea mainly has four types of NFT: graphic art, music works, website and land. It is very convenient to use. It does not need to register and supports multi currency transactions. It can be used directly as long as it is connected to Ethereum wallet. In the trade of works, the technology has also been very mature. OpenSea is currently the largest digital commodity market.

But it also has its shortcomings. Swindlers who use phishing links are domineering in OpenSea, swindling and slaughtering buyers every day. OpenSea didn’t do anything to stop it. It’s very unsafe. Due to the extremely low threshold of NFT on OpenSea, anyone can upload NFT or even worthless pictures at a very low cost, which makes buyers who really like collecting NFT unable to distinguish valuable NFT, making NFT collectors waste a lot of energy and money to buy pictures with no collection value.

Reva’s potential was explored as early as 2019, and it obtained the million level Angel round financing invested by Bain Capital. It was also rated as one of the seven most potential start-up encryption enterprises in 2021. The start-up company derived from Serotonin possess very mature technology and team. Its goal is to make high-end non-fungible token achieve higher added value, so it began to establish and maintain the NFT trading market, which is enough for the company to participate in the booming cryptocurrency market in its own way.

Later, Reva established its own brand by studying new technologies. It has created a new platform through which users can view high-end non-fungible token in auctions and understand the stories of collectors and creative artists behind NFT. Reva held its first painting exhibition in April of 2021. In this regard, Reva is more forward-looking than the OpenSea market. It believes that the free circulation of cryptocurrency can be realized without restrictions, and the expansion of its market is just around the corner. 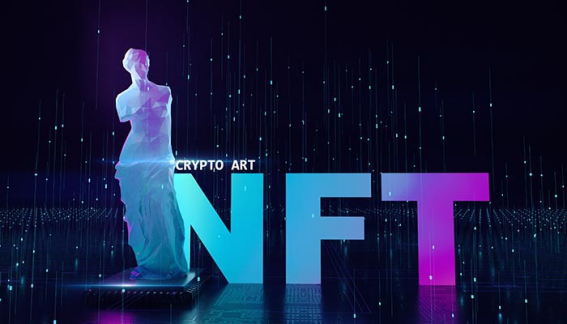 As an old blockchain technology investment company, Reva also plays a key role in the content distribution and IP value realization of NFT digital assets, so that great art collections can be circulated and traded like entities, and gives LP derivatives a new form. Through holding offline art exhibitions, Reva can be better combined with online, realize better realization and create more value. In contrast, some platforms do not restrict the aggregation of a large number of low-level art collections, which not only makes it more difficult for collectors to find, but also reduces the grade of real high-end art collections.

In the future, Reva will adhere to the concept of strict selection, gather and collect more and better high-quality non-fungible token, and aspire to build a truly high-quality NFT into real art works that can be handed down and handed down like other collections in the real world. 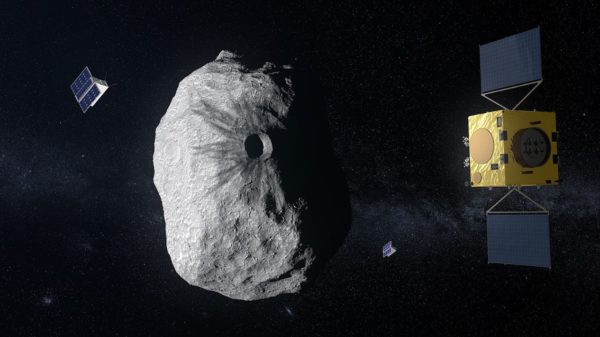 The incredible adventures of the Hera mission – Presenting Hera

Meet Hera, the European Space Agency's (ESA) very own asteroid detective. Hera, along with its two CubeSats, is about to set off non an incredible...