Developed by cutting-edge NFT project Metalibrary, Meta Player One is the first and only “Ready Player One”-themed MMORPG, bustling with exciting adventures and great rewards 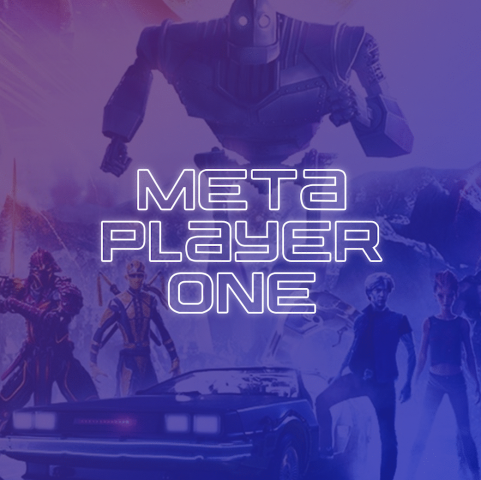 San Francisco, California – November 12, 2021 – An innovative NFT project, Metalibrary, is developing the FIRST-ever Metaverse Multiplayer Online Role-Playing Game that is inspired by the popular Sci-fi movie “Ready Player One”. “Meta Player One”, as the game is called, has already created a huge buzz, garnering an evolving community of 4k members  even before the official launch.

After each game, players will unlock a bunch of exciting events, such as challenges, adventures, treasure hunts, and more. The winner will be the one who will be able to win all the 9 games and score the highest points. S/he will be titled as the “Meta Player One” and will be rewarded with a Life-changing Reward of $3 million, as well as a 5% Stake in the company.

In an exclusive interview, the spokesperson from Metalibrary stressed that Meta Player One is the first-of-its-kind – nobody else has ever built a game based on the movie “Ready Player One”.

“We are excited to bring to you the very FIRST Metaverse Multiplayer Online Role-Playing Game (MMORPG) where you will have to compete with the other players to win 9 games. It’s a cutting-edge NFT game inspired by the popular movie ‘Ready Player One’ and it promises a bunch of thrilling adventures that you will love to enjoy with other gamer friends. Meta Player will allow players to jump into a sandbox like real world RPG and start a whole new adventure while making friends or enemies. Our ecosystem will reward our participants in a real-world interactive way”, stated the spokesperson of Metalibrary.

“From art to music to design to gaming, NFT is fast making its way into various aspects of the mainstream world and for all the great reasons. People  are starting to learn more about NFTs and we’re the game changers in the NFT space. We aspire to bring  in a state-of-the-art experience for our players with Meta Player One.”

While speaking about the roadmap, the spokesperson shared that Metalibrary is soon to have its presale in the coming weeks. The Presale will launch a collection of 11,111 Official Meta NFT Passes on Rarible. Following the sale of all the NFT passes, Metalibrary will also host Epic NFT Jackpot with a huge bundle of great prizes.  The NFT passes assure smooth access to both Meta Player One game and the Epic NFT Jackpot.

“Our Jackpot assures an exciting opportunity to win amazing prizes, like Cryptopunks, MAYCs, BAYCs, World of Women, Veefriends, and other such exciting prizes worth $1 million. We will also launch our Meta Airdrop Program where we are looking forward to team up with various promising NFT projects. After that, we will have the Beta phase testing of the Metaverse and then finally the launch of the Meta Player One game.