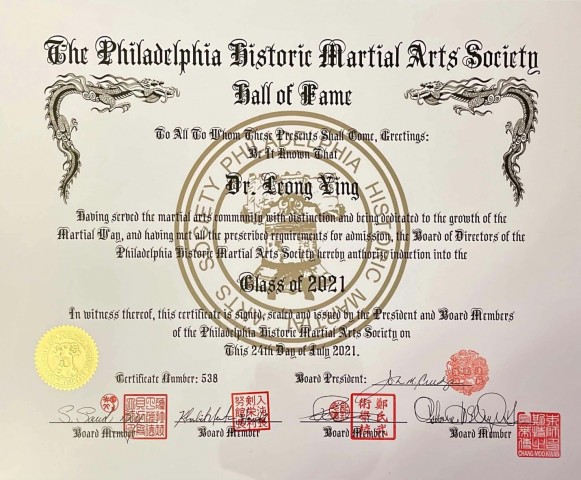 There were supporting casts of Dragon Squad also in attendance at the event hosted in the Hilton resort hotel in Philadelphia, including: Nate “Mime” Moran, Karen Broyer and superstar pop icon Aaron Paul. The latter plays his celebrity self in the movie. Some of the other martial arts celebrities present at the event were famous actor Chi Ling Chiu (Kung Fu Hustle, Snake in the Eagle’s Shadow, Journey to the West) and equally famous actor, producer and director Harry Mok (Rambo II, Ninja Busters, Animal Crackers). 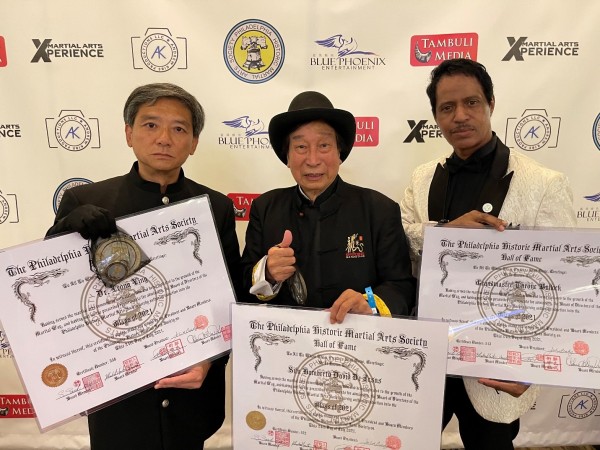 PHMAS President and event coordinator John Crudup presided over the event, assisted by his organization’s co-founder Paul Cheng; efficiently running the awards ceremony following the banquet dinner. Aaron also took center stage to deliver a congratulatory speech to all the inductees and legends of the martial arts, and gratifying supports to his Dragon Squad family. 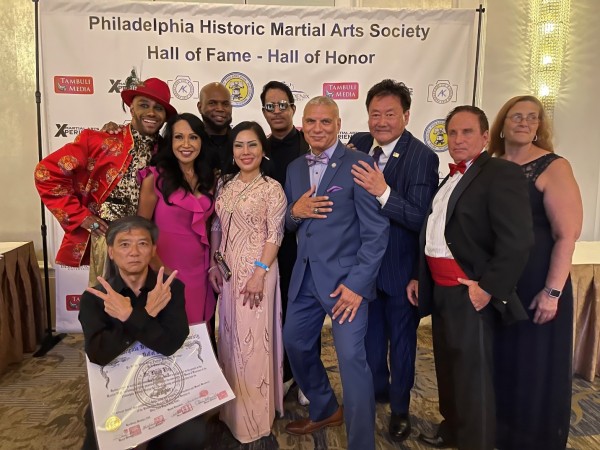